Around 5,000 people killed in road crashes in 2020: Nirapad Sarak Chai 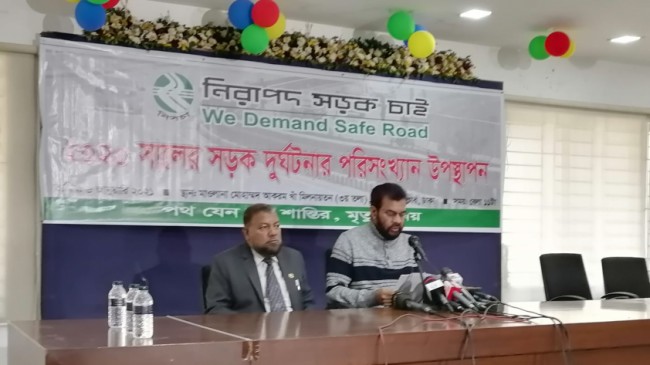 At least 4,969 people were killed and 5,085 more were injured in 4,092 road, railways and waterways accidents in 2020 in Bangladesh, said a report published on Wednesday.

The rest of the victims either died later at hospitals or were victims of 20 per cent unpublished road crashes.

Ilias Kanchan, founder and chairman of the organisaion, came up with the data on Wednesday after analysing reports published in different national dailies, online news portals, TV channels, and information from its 120 branches across the country.

While addressing the programme, Nirapad Sarak Chai chairman Ilias Kanchan said that the number of road crashes and casualties decreased in 2020 comparing with the number of 2019; but still it was not a good sign.

He said that the number of road crashes was high even in the year of coronavirus pandemic.

Lack of proper management and monitoring on roads, and no implementation of 111 road safety related recommendations were the major reasons behind road crashes, he added.

Almost 25 per cent of the victims, who were killed in road crashes were transport workers and 21 per cent were pedestrians, the report said.

No airways accidents occurred in 2020, the report added.