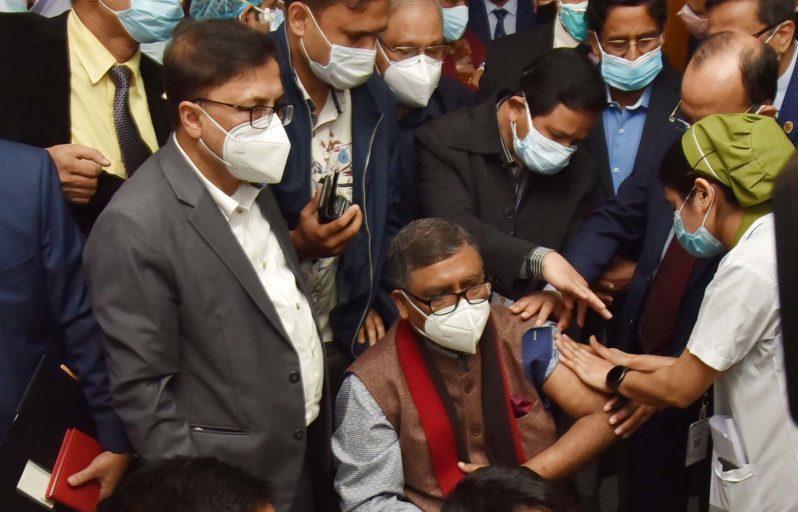 Health Minister Zahid Maleque has received his first shot of coronavirusvaccine on Sunday.

The minister got the jab at Sheikh Russel Gastroliver Institute and Hospital around 11:30am.

Hospital sources said some 162 people, including ministers, lawmakers and physicians, will be vaccinated in five booths of the hospital.