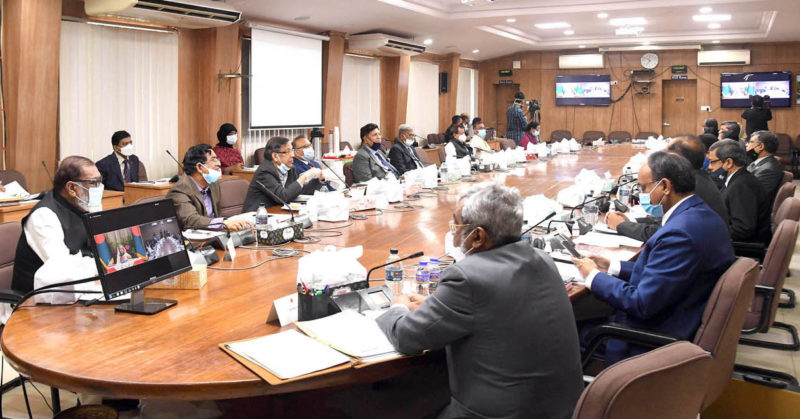 The cabinet today gave final nod to a draft of “The Child Daycare Centre Act, 2021” keeping a provision of maximum 10 years in jail in case of failure to ensure proper security and safety to the children.

The approval came from a regular weekly meeting with Prime Minister Sheikh Hasina in the chair, joining it from her official Ganabhaban residence in the capital.

“A provision was included in the proposed law to ensure maximum 10 years imprisonment along with fine for acts creating threat to the lives of children, negligence in duty or ruthless behavior with them,” Cabinet Secretary Khandker Anwarul Islam told a news briefing after the meeting.

He said the provision of punishment has given a strong message that no carelessness and brutality towards the children will be tolerated.

“If any child is lost from a daycare centre due to negligence, maximum 10 years imprisonment and Taka five lakh fine will have to be faced,” he continued

The law has been brought mainly to support the growing number of working women.

The cabinet secretary said that government, semi-government, non-government , statutory and autonomous organisations can set up and run child daycare centres after getting registration from the concerned authorities.

After passage of the law, none can run any daycare centre without getting registered, he said, adding that it will be a offense to run any such centre without registration.

The proposed law has suggested to hold at least one meeting with the service takers in every three months, he said.