No need to pay heed to words over vaccine: PM Hasina 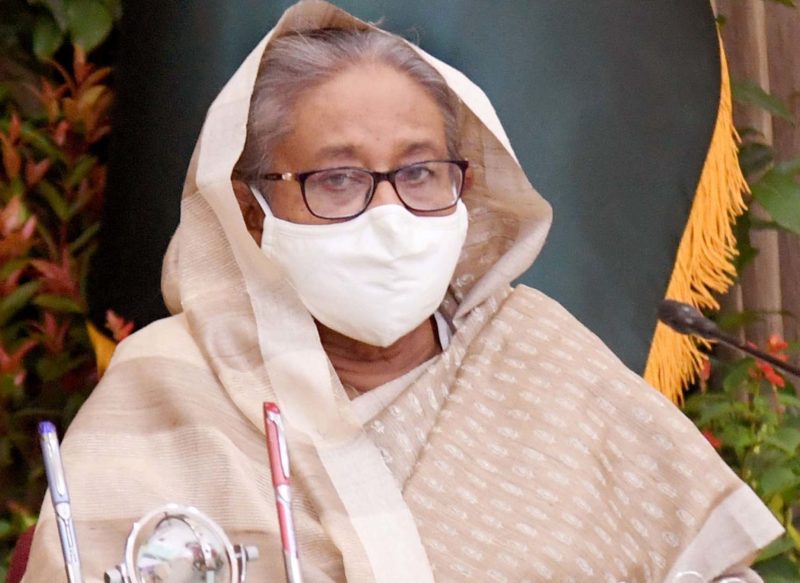 Prime Minister Sheikh Hasina on Wednesday said Bangladesh has been able to bring Covid-19 vaccine as per its requirement although many developed countries are yet to do this.

“Many developed countries have not been able yet to collect any vaccine for them. Nowhere else I’ve given my attention. To me human and human lives are more important than anything else,” she said.

The Prime Minister said this while addressing a discussion meeting organised on the occasion of the 48th founding anniversary of Bangladesh Awami Jubo League.

The programme was held at Krishibid Institution, Bangladesh. The Prime Minister joined it virtually from her official residence Ganobhaban, reports UNB.

“I had said whenever the vaccine would be available and whenever the World Health Organization (WHO) will approve it, Bangladesh would get it first, and that has proven right,” she said.

Sheikh Hasina thanked the Indian government for donating 20 lakh vaccine doses as gift. “Now, many want to give us (vaccines), we’ve brought what we need. And people had some doubt about the vaccine at the initial stage, but now it has gone.”

The Prime Minister went on saying, “The vaccination programme has been rolled out and we’ve to hear so many things. In fact, there’s no need to pay heed to all those words.”

Hasina said many people had said vaccine will not be available in Bangladesh though the government had kept aside Tk 1,000 crore for the vaccine.

She urged all those who are getting vaccinated to follow the health guidelines, including wearing mask and washing hands regularly.

About the pandemic, the Prime Minister said calamities come and that will continue to come “but we have to remain strong at that time. We’ve to be there with people and have to take steps in a planned way and work accordingly. This is how it’ll be possible to face any calamity.”

She thanked the people of the country for remaining united during the pandemic.