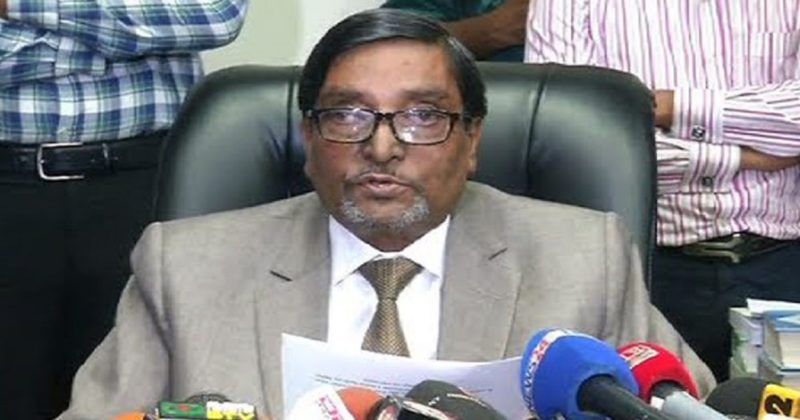 Election Commissioner Mahabub Talukder has said that he was ready to resign any time if it benefits the country.

Replying to a question, Talukder came up with the announcement at a press conference held at the Nirbachan Bhaban in city’s Agargaon on Monday.

In the briefing, a journalist wanted to know that what he was thinking about 42 eminent citizens’ request to the President seeking his order on launching a Supreme Judicial Council inquiry against the corruption of the CEC and election commissioners and a call for their resignation.

“We’ve been made election commissioners through a process. We’ve nothing to say if a Supreme Judicial Council is formed against us,” He said.

“If there is any such demand and if my resignation proves helpful for the country then I’m ready to quit anytime,” added Talukder.