HT Imam passes away at 82 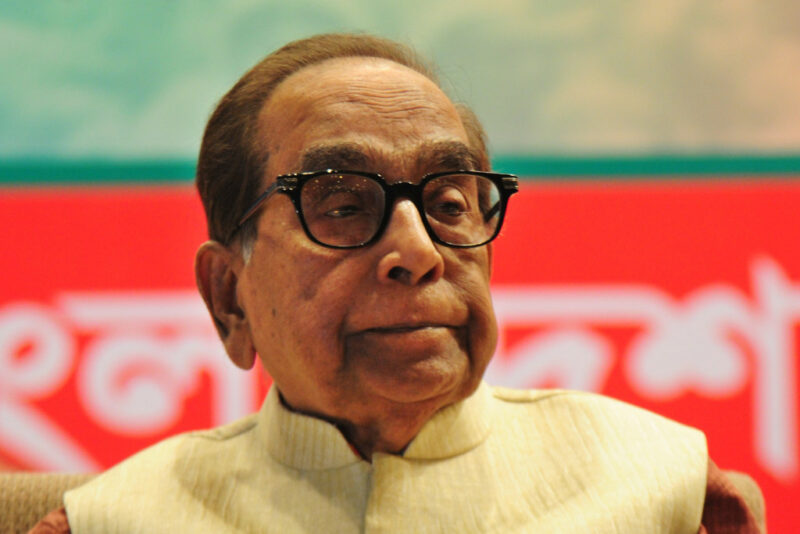 Hossain Toufique Imam, known as HT Imam, the political adviser to Prime Minister Sheikh Hasina, passed away at early hours of Thursday. (Inna lilla…..Rajiun). He was 82.

The 82-year-old political leader breathed his last at 1:15am while underwent treatment at the Combined Military Hospital, Biplab Barua said.

Imam had been admitted to the CMH with multiple age-related complications, including kidney disease, two weeks ago. His health condition deteriorated on Tuesday.

The first namaz-e-janaza for HT Imam will be held at 11 am at the Ullapara Akbar Ali Government College ground in Sirajganj, his village home.

After the janaza, the body will be brought back to Dhaka by helicopter and kept at Central Shaheed Minar from 1:30 pm to 3:30 pm for people from all walks of life to pay their last respect.

The second janaza will be held at Azad Mosque in Gulshan after Asr prayer. After that, Imam will be buried at Banani Graveyard.

In a condolence message, the President said the role of HT Imam was very important in the Great Liberation War.

“He (Imam) has worked all his life to develop the spirit of the country’s independence and the Great War of Liberation. Besides, he played a leading role in running the government in the newly independent country,” he mentioned.

The head of the state said HT Imam as a government official also made important contribution to conducting the elections of Bangladesh Awami League in the national elections.

“At the death of HT Imam, Bangladesh Awami League lost a dedicated leader,” the President observed.

In another condolence message, the Prime Minister prayed for eternal peace of the departed soul and conveyed deep sympathy to the bereaved family.

Toufique Imam had been serving as the political advisor to the Prime Minister since 2014.