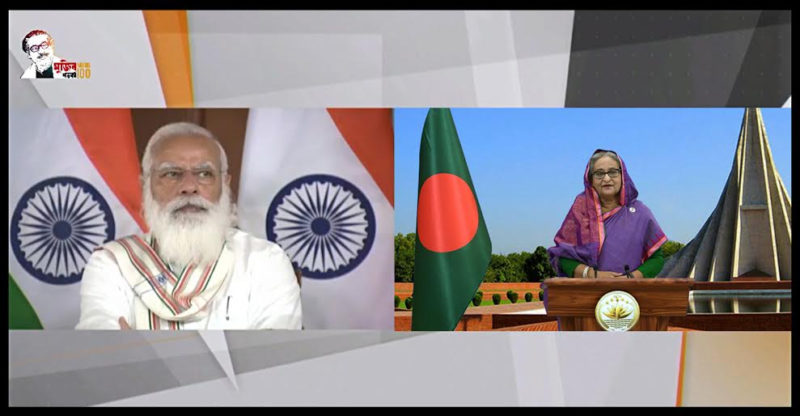 Modi inaugurated the 1.9-kilometre bridge connecting Sabroom in India with Ramgarh in Bangladesh around noon via video conferencing, reports UNB.

The name ‘Maitri Setu’ is meant to symbolise growing bilateral relations and friendly ties between India and Bangladesh, the Prime Minister’s Office said in a statement.

The bridge has been built by the state-owned National Highways and Infrastructure Development Corporation at a cost of Rs 133 crore, according to the statement.

“The bridge is poised to herald a new chapter for trade and people to people movement between India and Bangladesh,” the PM’s office said.

With this inauguration, Tripura is set to become the ‘Gateway of North East’ with access to Chittagong Port of Bangladesh, which is just 80 km from Sabroom, the release added.

India and Bangladesh share an over 4,000 international border. This is the longest land boundary that India shares with any of its neighbours.