Conspiracy being hatched to kill me: Quader Mirza 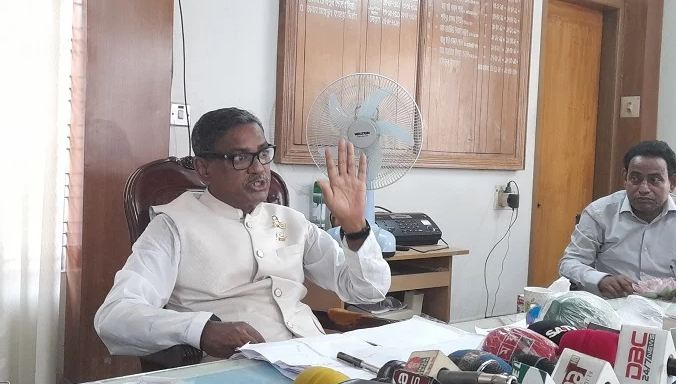 Noakhali’s Basurhat municipality mayor Quader Mirza has alleged that a conspiracy is being hatched to kill me.

“I and my supporters are facing insucurity. The administration is harrassing my party men all the time,” Quader Mirza came up with the allegation at a press briefing held at Basurhat municipality on Saturday.

He said, “Seven to eight of my party leaders and activists has been arrested in last few days. DB police are conducting drives at all my party men’s houses and torturing their family members. The administration is working against me. on Saturday, a meeting was held at MP Ekram’s home where a conspiracy to kill me has been hatched.”

“I will not announce any other programme as per Prime Minister’s direction,” Mirza added.