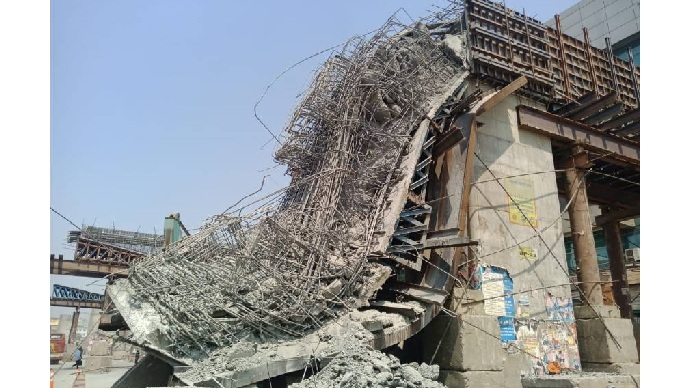 Four persons including two Chinese workers have been injured when a girder of elevated expressway fell on the Dhaka Airport Road.

Condition of one of the injured persons has been stated to be critical.

The incident happened on the road in front of Hazrat Shahjalal International Airport around 10:00am on Sunday.

Receiving information, a unit of Fire Service and Civil Defence went to the spot and rescued the injured persons.

It was learnt that four people including two Chinese workers were injured when a girder collapsed on the road.

Three of the injured were rushed to the Evercare Hospital at Bashundhara Residential Area and one to the National Institute of Traumatology and Orthopaedic Rehabilitation (Pangu Hospital) at Sher-e-Bangla Nagar.

The project is being implemented to ease traffic movement between Gazipur and the airport, within the latest deadline of completion by December 2022. However, only 36% of the work was completed until December last year.