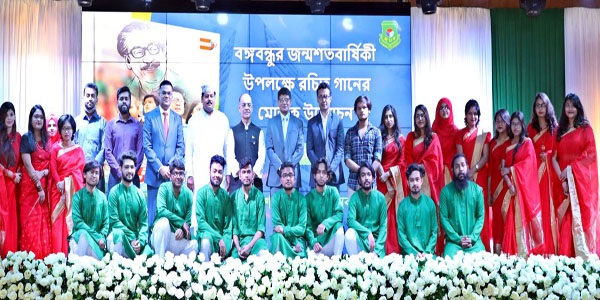 The ceremony of unveiling a song composed on the occasion of birth centenary of Father of the Nation Bangabandhu Sheikh Mujibur Rahman was held at Bijoy Auditorium of Bangladesh University of Professionals (BUP) on Tuesday.

The present generation who had not seen Bangabandhu and had not come in contact but uphold his ideology; this song has been composed to impart them Bangabandhu’s political and struggling life style.

Unveiling this song is one of the programme arranged by BUP on the occasion of Mujib’s birth centenary, said an ISPR release.