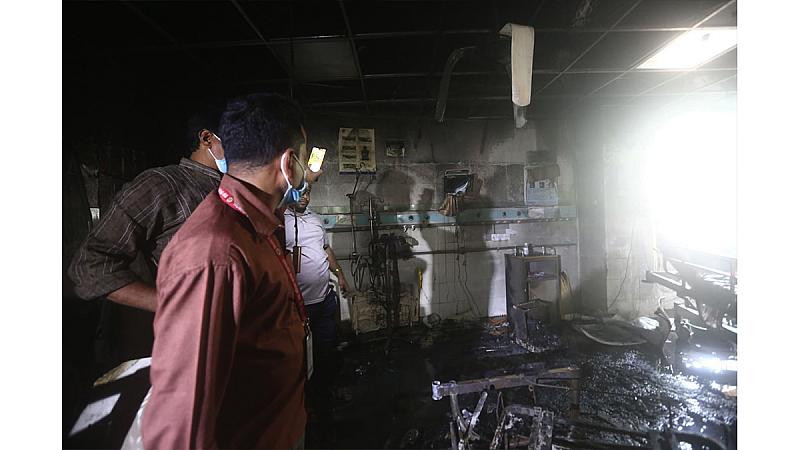 Three Covid-19 patients burnt to death in a fire that broke out at the intensive care unit (ICU) of Dhaka Medical College Hospital on Wednesday morning.

The victims, who were undergoing treatment in a critical condition at the ICU, died while being evacuated during the fire, confirmed DMCH director Brig General Md Nazmul Haque.

All the patients have been evacuated from the ICU soon after the fire broke out. They were, later, shifted to the High Dependency Unit (HDU) of the burn unit and the ICU of the old building where the three breathed their last, he said.

The trio did not die from the fire, Brig General Md Nazmul Haque added.

The fire originated around 8am at the second floor of the DMCH new building and caused heavy smoke inside the ICU.

The reason behind the fire could not be known yet.