Govt working for a better future of children: PM 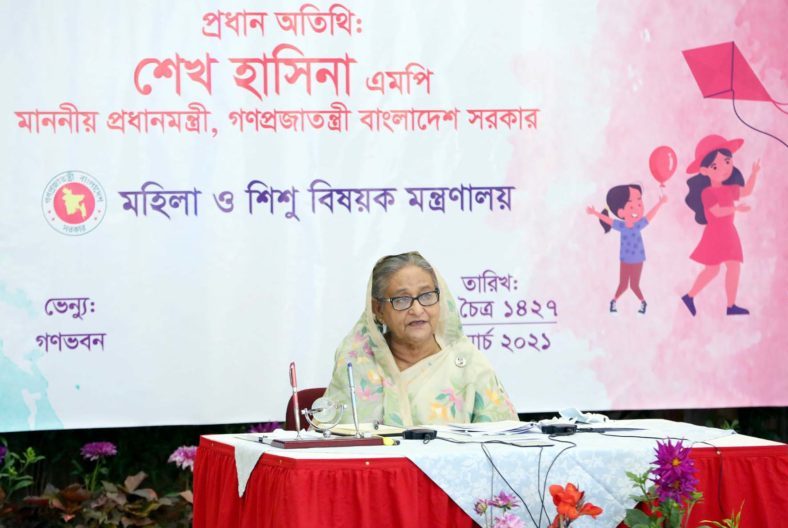 Prime Minister Sheikh Hasina on Wednesday said the government is doing everything for providing the children a better tomorrow as they are the future of the country.

“We want to make the lives of children more colourful, beautiful, successful and fruitful, this is our aim,” she said.

The Prime Minister said this while addressing a Children’s Rally and Cultural Programme marking the birth anniversary of Father of the Nation Bangabandhu Sheikh Mujibur Rahman and National Children’s Day on Bangabandhu Mausoleum Complex premises at Tungipara in Gopalganj, UNB reports.

“We have become a developing country, we will not just stop here, Bangladesh should step forward further, now our aim is to make Bangladesh developed and prosperous country by 2041,” she said.

Sheikh Hasina said that the government is taking all necessary steps and formulating all policies to make the country developed one by 2041.

“Those who will come to power in the future will follow the policies and continue the trend of development, that what we want,” she said.

The Prime Minister briefly mentioned the steps the government has taken in its different tenures for the children.

She said that the government has amended the Women and Children Repression Prevention law to ensure tougher punishment for the offenders.

With a view to protecting the rights of children, Bangabandhu enacted the Children Law in 1974.

She said her government formulated the National Children Policy in 2011. The government has also taken measures to protect the children’s rights and given special attention so that children can get the scope of education, sports, physical and cultural exercises, Hasina said.

The Ministry of Women and Children Affairs and Gopalganj district administration jointly organised a rally of schoolchildren from different educational institutions of Tungipara, the birthplace of Bangabandhu, with Anusua, a class VI student, in the chair.

The theme of this year’s birth anniversary of Bangabandhu and National Children’s Day is “Bangabandhur Janmadin, Shishur Ridoy Hok Rangin”.