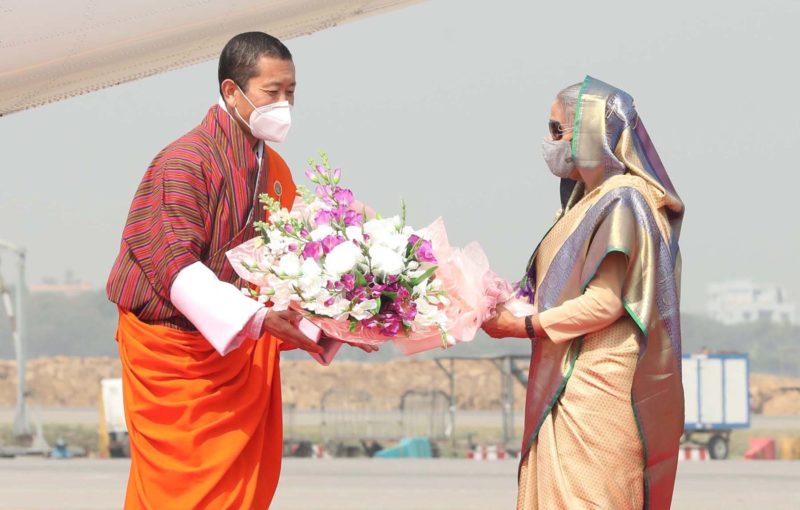 He is the fourth among the world leaders to arrive Dhaka to attend the golden jubilee celebrations of Bangladesh’s independence and the birth centenary of Bangabandhu Sheikh Mujibur Rahman.

Prime Minister Sheikh Hasina welcomed her Bhutanese counterpart at the VVIP tarmac of the airport with a flower bouquet. Several Ministers, State Ministers, and high-ranking civil and military high officials were also present at the airport.

This is PM Dr Tshering’s second visit to Dhaka after assuming office in November 2018.

He was given an honour guard with 21-gun salute by a smartly turned out contingent drawn from Bangladesh Army, Navy and Air Force at the HISA.

Bhutanese PM is scheduled to visit Bangabandhu Memorial Museum in the city to pay tributes to Bangabandhu Sheikh Mujibur Rahman. He will sign the visitors’ book there after placing a wreath on Bangabandhu’s portrait.

During his March 23-25 visit, PM Dr Tshering will be accompanied by senior officials of the Royal Government of Bhutan.