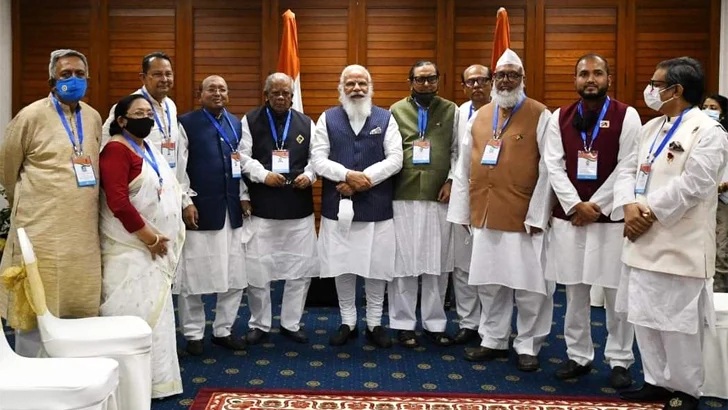 They called on the Indian Prime Minister at Sonargaon Hotel in the capital at 2:00pm on Friday.

Indian Prime Minister Narendra Modi arrived in Dhaka on Friday morning on a two-day official visit to Bangladesh to join the golden jubilee celebrations of Bangladesh’s independence and the birth centenary of Father of the Nation Bangabandhu Sheikh Mujibur Rahman.

Afterward, Modi visited the National Memorial at Savar, on the outskirts of Dhaka.

In the afternoon, the Indian Prime Minister delivered an address at the National Parade Ground as the guest of honour on the occasion of the golden jubilee celebration of the independence.