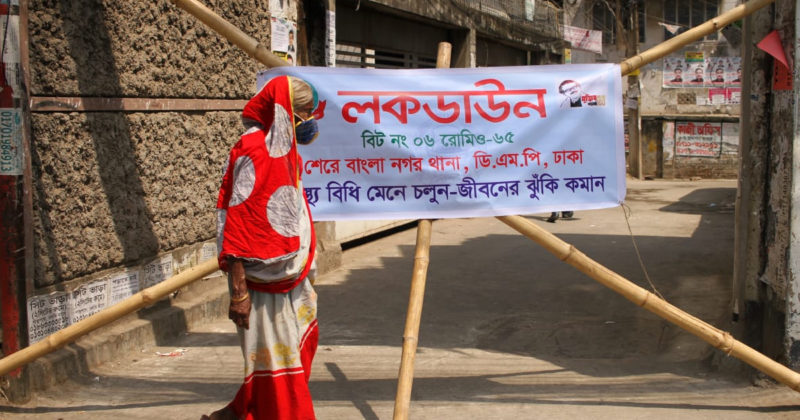 The streets of capital Dhaka were largely deserted on the third day of a nationwide ‘strict’ lockdown compared to the first two days.

Rickshaws, which were seen plying the city streets in the early days of the lockdown, were hardly seen today.

Traffic Inspector Asaduzzaan of Mohakhali area said the number of private vehicles as well as rickshaws is very thin on the weekend.

All shops and business establishments on the main streets were seen closed on Friday.

At the checkposts, the law enforcers did not stop people as often as they did on the first two days.

However, kitchen markets were open as usual but they were not operating in open spaces violating the government directives. Besides, many people were seen ignoring health guidelines.

A surge in coronavirus cases prompted the government to go for a strict lockdown to contain the virus’ transmission. Bangladesh recorded over 7,000 daily cases before the number fell below 4,500.

On Friday, the country recorded 101 deaths – its highest single-day fatality – and 4,417 new cases.

Bangladesh reported its first coronavirus case on March 8, 2020, and the first death on March 18 the same year.

Amid the worsening Covid-19 situation, the government last week resorted to tough measures. The lockdown which began at 6am on April 14, will be in effect until April 21 midnight.