AMR to be more devastating than coronavirus if not contained: PM 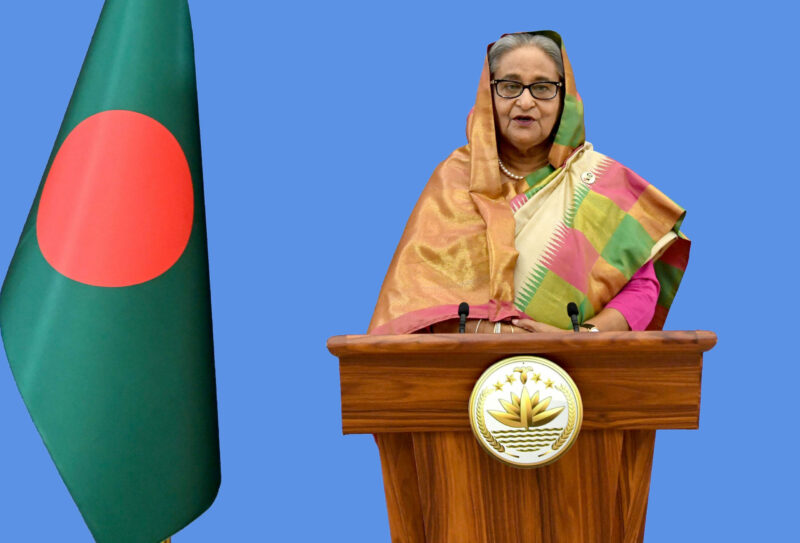 Prime Minister Sheikh Hasina on Tuesday said, if not contained properly, antimicrobial resistance (AMR) will be more devastating than the coronavirus pandemic as it can endanger every living creature alongside food security and progress towards the SDGs attainment regardless geographical location.

“The COVID-19 pandemic is the defining public health crisis of our time that has already taken more than three million lives. However, the impending pandemic, in the form of antimicrobial resistance will cause even more harm to the global health,” she said.

She was addressing the opening session of the first meeting of the “One Health Global Leaders Group on Antimicrobial Resistance” on virtual platform.

In her pre-recorded speech broadcast at the function, the Prime Minister warned the global leaders that the anti-drug resistance will not only endanger human, animal and plant health, but also threaten food security and progress towards the attainment of SDGs (Sustainable Development Goals).

Sheikh Hasina continued that the AMR can affect anyone, regardless of geographical location and socio-economic condition.

The premier called upon the international community to ensure strict adherence to Infection Prevention and Control-IPC measures to contain AMR, saying, “It is possible through implementation of Global Action Plan-2015 and UN political declaration-2016 on AMR.”

As co-chair of the Global Leaders Group on AMR, Sheikh Hasina reiterated her commitment to work together with the Prime Minister of Barbados Mia Amor Mottley and other global leaders to establish AMR as top priority issue in political agenda to combat the threat of AMR and create universal health care.

The Prime Minister appreciated the ongoing efforts of WHO (World Health Organisation), FAO (Food and Agriculture Organisation), and OIE (The World Organisation for Animal Health) to formulate global strategies for tackling the upcoming challenges of AMR through comprehensive and collaborative approach with diverse stakeholders.

Against the backdrop of the impending AMR pandemic, Sheikh Hasina has placed seven suggestions before the world for their execution to contain the AMR effectively.

The Prime Minister, in her first proposal, called for setting up of global, regional, and national targets and inclusive monitoring as well as reporting system to achieve the goals of Antimicrobial Resistance Containment-ARC.

She also suggested developing guidelines and policies at different tiers for appropriate use of antimicrobials and sharing of scientific knowledge and technical assistance for ensuring effective and inclusive AMR surveillance and capacity building in her second and third proposals.

The Prime Minister in her fourth proposal stressed the need for ensuring equitable access to affordable and effective antibiotics and other medical facilities through technology transfer and sharing of ownership.

She came up with the opinion for ensuring sufficient and sustainable financing for AMR-specific and AMR-sensitive actions with special attention to low and middle-income countries in her fifth proposal.

The Prime Minister in her sixth and seventh proposals stressed the need for public-private partnerships for investment in AMR containment, and inclusive, affordable and sustainable universal health care coverage.

The premier said that the plans have been formulated with a view to ensuring rational use of antimicrobials in human health, livestock, fisheries, and agricultural sector.

She also said that her government has been providing AMR data to WHO GLASS platform since 2019, and working to involve media to increase awareness among the mass people about the antimicrobial resistance.