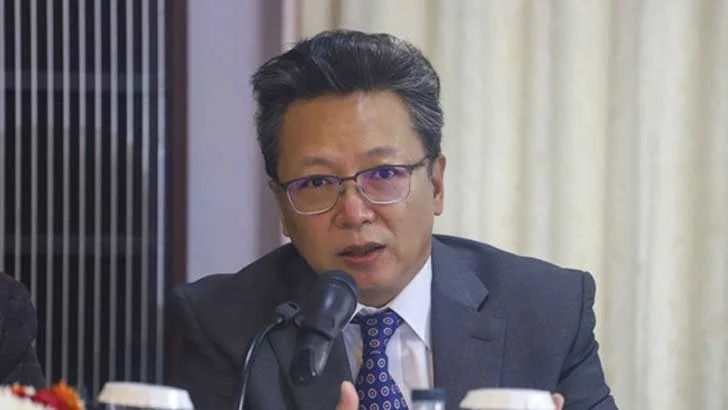 Ambassador of China in Bangladesh Li Jiming explained his recent remarks on Wednesday to Bangladesh Foreign Secretary Masud Bin Momen when they met at the state guest house Padma after the vaccine handover ceremony.

“He said he did not mean to harm relations between the two countries”, the foreign secretary told journalists after the meeting.

The Chinese ambassador also termed his remarks as ‘out of context’, Masud Bin Momen said.

During the meeting, the Chinese envoy made the explanation as the foreign secretary wanted to know the reason behind his ‘unexpected remarks’ made on Monday.

The ambassador had said that Bangladesh-China ties would be substantially damaged if Bangladesh join the Quad alliance in any form.

Asked to comment on the ambassador’s remarks, Bangladesh Foreign Minister Dr AK Abdul Momen had said such remarks from China were unexpected and none from Quad had approached Bangladesh to join it.

Quad is a ‘small group of elites’ working against China, Jiming said at an event organised by the Diplomatic Correspondents Association, Bangladesh on Monday.

First established in 2007, Quad is an informal strategic dialogue established between the US, Japan, Australia and India. The initiative is widely regarded as a response to the growing economic and military power of China.

Earlier, China’s Ambassador Li handed over 50 lakh vaccines to the Bangladesh government as gift from China.

He said Bangladesh is a time-tested friend of China and China would provide all possible support to help Bangladesh fight the Covid pandemic.