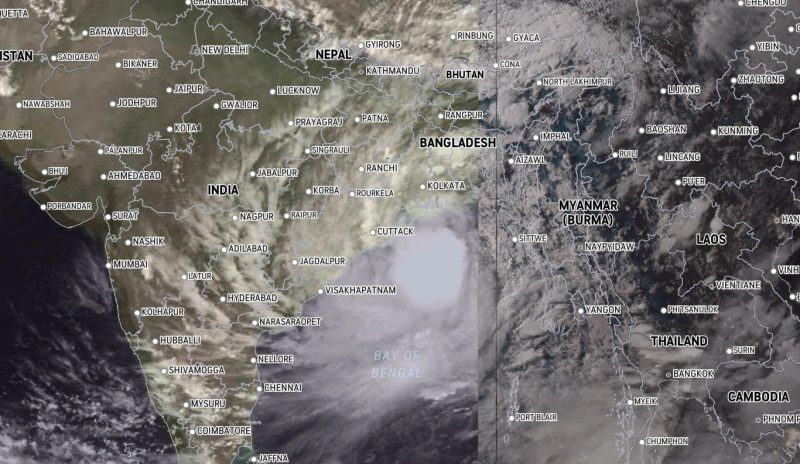 Indian Meteorological Department (IMD) on Tuesday forecast that the cyclonic storm Yaas is going to intensity into a ‘very severe cyclonic storm’ in the next 12 hours, reports NDTV.

Tropical Cyclone Yaas is located approximately 300 nautical miles south-southeast of Kolkata. The city of Kolkata and northeast India are in the path of new dangerous cyclone. Yaas will also produce an extreme amount of rainfall, with a combination of both very heavy and excessive rain. The swath will spread further inland with additional flooding threats from the coast and along its track towards the north-northwest. Although the highest amounts of rain are likely to stay west of Kolkata, a lot of rain should also spread across the major city area. An extreme amount of rainfall will cause major flooding, while storm surges, and damaging winds are expected near the landfall point.

It also stated that Cyclone Yaas is very likely to cross north Odisha-West Bengal coasts between Paradip and Sagar Island around Balasore, during noon of May 26 as a ‘very severe cyclonic storm’.

The maximum sustained wind speed is 55 knots gusting to 65 knots around system centre. Sea condition is rough to very rough, it stated.

The cyclonic storm is very likely to make landfall near Balasore in north Odisha at a speed of 155 kmph to 165 kmph, gusting to 185 kmph, around noon on May 26, the Met department said.

After the landfall, Yaas is likely to rapidly weaken with dissipation by Friday.