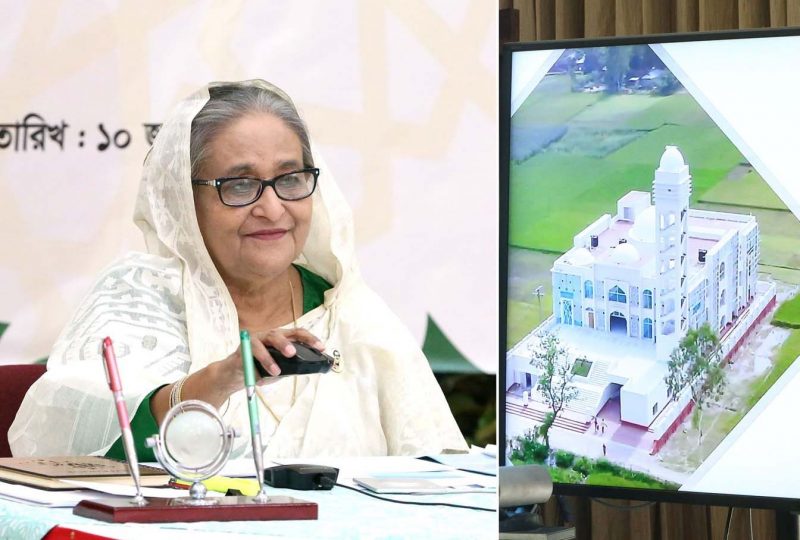 Prime Minister Sheikh Hasina on Thursday said model mosques across the country are being established to provide education, create awareness and increase knowledge about Islam among the people to prevent different social menaces.

“Awareness has to be built in society against drugs, women repression, child repression and sexual abuse as like as the measures taken against terrorism, and we wanted to establish these mosques in such ways to provide all types of education, create awareness and increase knowledge about Islam,” she said.

The Premier was addressing the inauguration ceremony of 50 model mosques and Islamic cultural centers at Osmani Memorial Auditorium here, joining virtually from her official residence Ganabhaban this morning.

She urged the people to put concentration in terms of religious views on child marriage, dowry, violence against women and drugs.

Referring to the measures taken by the government against terrorism engaging people of all strata of society in upazila level and elsewhere, Sheikh Hasina said mass awareness has to be built against drugs, women as well as child repression and sexual abuse in such ways.

To this end, the government has established these model mosques, she added.

Laying emphasis on mass awareness about drugs, the Prime Minister said drugs are pulling the society towards destruction and that is why social awareness is needed to free people from the bite of drugs.

On the occasion of “Mujib Borsha”, she inaugurated 50 model mosques, out of total 560, simultaneously across the country, aimed at preaching the true messages of Islam to eliminate religious misconceptions.

A video on Bangabandhu and Islam was screened in the function.