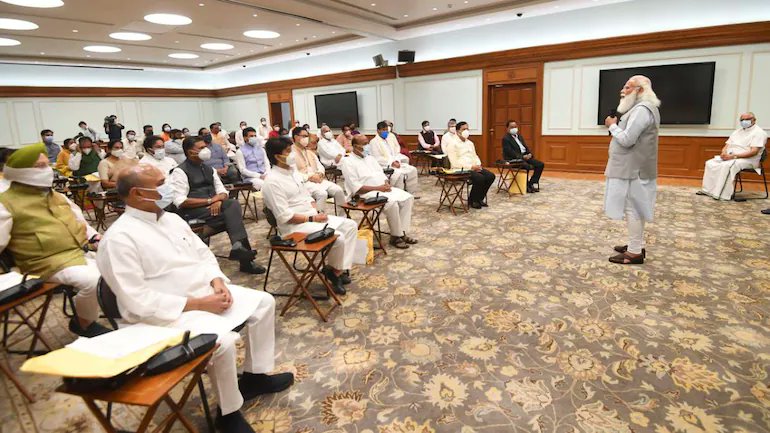 Twelve Indian government ministers resigned Wednesday, hours ahead of an expected reshuffle of Prime Minister Narendra Modi’s Cabinet aimed at refurbishing its image after widespread criticism of its handling of the COVID-19 pandemic.

President Ram Nath Kovind’s office said he accepted their resignations as advised by the prime minister.

The Press Trust of India said 43 Cabinet ministers and junior ministers were expected to be sworn in later Wednesday at a ceremony in the presidential palace.

Modi’s government is facing increasing criticism for its handling of the pandemic. It is the first Cabinet reshuffle since he was returned to power for a second term in 2019.

Vardhan, who was in charge of the Health Ministry as well as the Science and Technology Ministry, led the response to the pandemic.

India has recorded 400,000 coronavirus deaths since the pandemic began — the third most of any country. New cases are on the decline after exceeding 400,000 a day in May, but authorities are preparing for another possible wave and are trying to ramp up vaccinations.