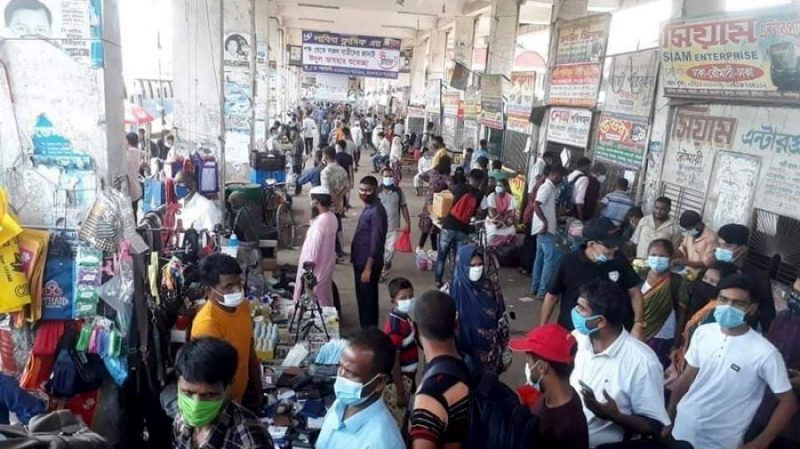 Many people are leaving Dhaka on Thursday as the government announced the resumption of strict lockdown from tomorrow (Friday).

Those who could not leave Dhaka before Eid due to various reasons–including not getting leave, not getting vehicles–are going to the village today, the last day of public transport service movement. Among those who are leaving Dhaka today, there are people who will not be allowed for work and earning due to restrictions.

The counters of all the transport companies at Gabtoli bus terminal are open today. There is pressure from passengers at the counters.

Speaking to several passengers, it is learned that everything will be closed under the strict restrictions. As a result, they will have nothing to do in Dhaka. That is why they are going to the village with their families. Once the restrictions are lifted, they will return to Dhaka. They will go to the village and try to survive by doing some work.

Such a passenger Salman said he sells pants on the sidewalks of the capital and has traded till the day before Eid. Then he celebrated Eid in Dhaka with his family. Today, he came to Gabtoli with his wife and child and will go to Faridpur.

Salman said, “Restrictions will start from tomorrow, what I will do staying Dhaka this time? I am going to the village. I will come again if the restrictions are lifted. I will try to do something in the village.”

Dhaka, 11 other districts at high risk of COVID-19