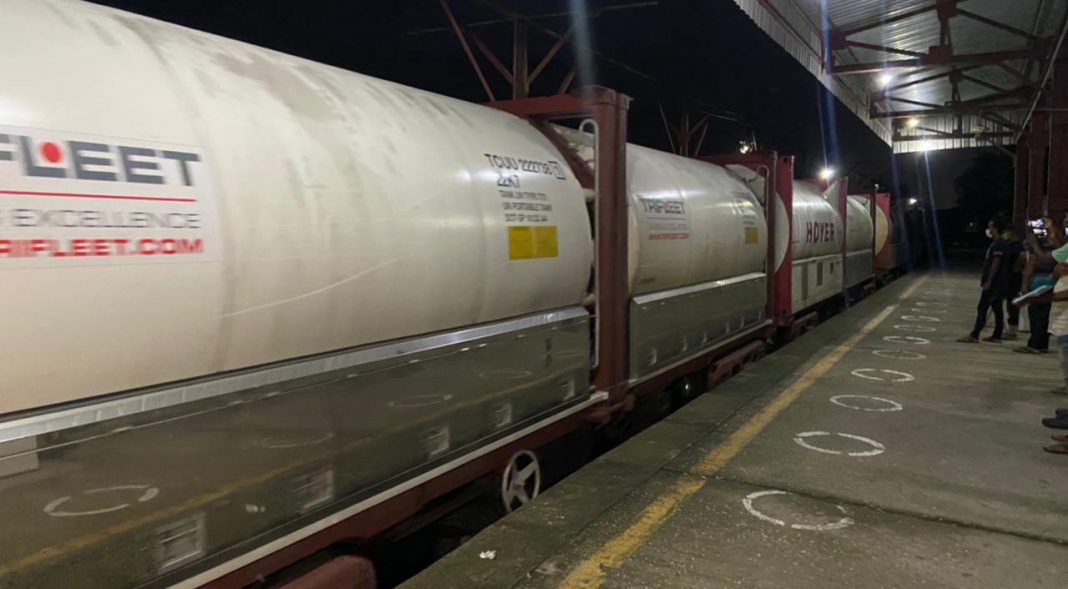 Set out from Jamshedpur-Tatanagar in India’s Jharkhand state at 10 am, the train reached Bangladesh through Benapole around 10 pm on Saturday, sources at Bangladesh Railway told UNB.

The train is carrying 10 containers of liquid oxygen and those will be unloaded after it reaches the west side of Bangabandhu Railway bridge on Sunday.

Indian Railways’ Oxygen Express has embarked on its first overseas journey to transport 200 MT of liquid medical oxygen to Bangladesh as the Covid-19 situation keeps worsening in the country with increased hospitalization.

This is the first time ever that the Oxygen Express has been put into operation to deliver the life-saving gas to foreign soil since these special train services began in India in April this year.

So far, the state-owned Indian Railways has operated 480 such special oxygen trains across India.

On Saturday, an indent was placed at Tata in Chakradharpur division under South Eastern Railway to ferry the 200 MT of oxygen to the Benapole border, according to the Press Information Bureau of India.

This consignment will significantly augment the necessary reserves of liquid medical oxygen in Bangladesh, it said.

The consignment will be decanted in Bangladesh and supplied to hospitals in the country “to support our partners in the fight against the current Covid wave”.

India has already said it is committed to further sharing medical supplies, in tandem with the improvement in its own pandemic situation, with its closest partners in the neighborhood.