Bangladesh will have to demolish 805 bridges built under wrong planning 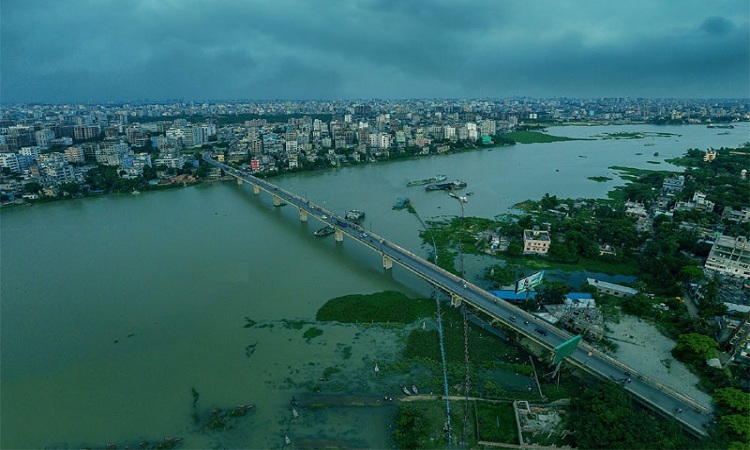 Bangladesh will have to pay the price for wrong planning by demolishing 805 bridges across the country including Martyred Intellectuals’ Bridge (Basila Bridge) built on the river Buriganga at Mohammadpur in Dhaka.

These bridges will be rebuilt with proper heights for plying of river vessels smoothly and without any obstruction.

It was stated at a meeting of the Executive Committee of the National Economic Council (ECNEC) held on Wednesday in Dhaka.

The ECNEC approved 10 projects involving an estimated cost of Tk 2,575.42 crore. Of the total project cost, Tk 2,150.42 crore will be financed by the Bangladesh government while the rest of Tk 425 crore will come from foreign credit.

The projects were approved at the 1st ECNEC meeting of the current fiscal year (FY22) held on Wednesday with ECNEC chairperson and Prime Minister Sheikh Hasina in the chair.

Bangladesh will have to demolish 805 bridges built under wrong planning

The reconstruction and rehabilitation of iron bridges in the southern part of the country with an additional cost of Tk 498.30 crore was also approved at the meeting.

While giving approval, the Prime Minister asked the authorities concerned including the Local Government Division and the Ministry of Shipping so that the bridges are built in proper height and thus there is no hindrance in river vessel movement including goods-laden river vessels.

State Minister for Planning Dr Shamsul Alam said 1,244 RCC/PC girder bridge will be reconstructed or rehabilitated by demolishing these 805 bridges.

The Prime Minister directed the authorities concerned to built the bridges are built with proper height so that river vessels including goods-laden ones don’t face any hindrance while plying on the rivers, he said.

Dr Shamsul Alam said: “Basila Bridge at Mohammadpur in Dhaka didn’t bring any benefit as it became useless due to its construction with less height. At present, goods-laden cargoes cannot move through the rivers at Mohammadpur. Because of this, the government is contemplating to dismantle the bridge. Besides, the Prime Minister has directed not to lift sand here and there. None will be allowed to lift sand wherever they like even if it is legal.”