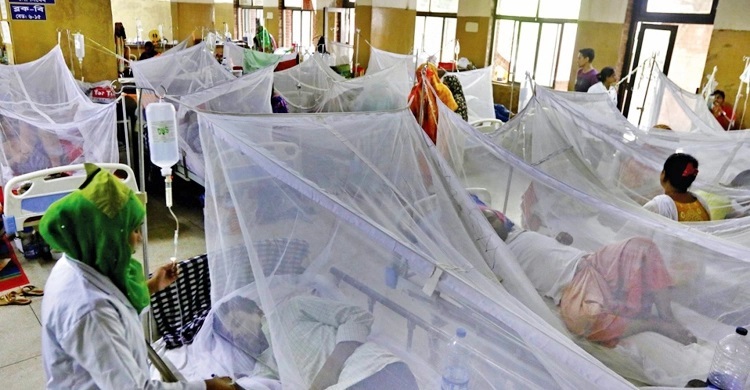 Health authorities reported 170 new dengue cases in 24 hours till Friday morning amid a spike in the Aedes mosquito-borne disease in the country.

Bangladesh has been seeing over 100 dengue patients for a week, adding worries to the country’s health services, already overburdened with growing Covid cases and fatalities.

Of the new cases, 164 were reported in Dhaka while only six from outside Dhaka, said the Directorate General of Health Services (DGHS).

According to the (DGHS), 709 patients are currently receiving treatment at different hospitals across the country, while just 30 outside Dhaka.

Some 2,462 patients have been admitted to different hospitals with dengue since January and 1,749 of them have been released after they recovered.

According to official statistics, 101,354 dengue cases and 179 deaths were recorded in Bangladesh in 2019.

Dengue fever was first reported in Bangladesh in 2000, claiming 93 lives that year. In the years that followed, the country learned to deal with the disease much better.

The fatalities had almost fallen to zero at one stage, before surging again in 2018, leading to the horrific crisis the following year.