98% of patients in Bangladesh infected with ‘Delta’ variant 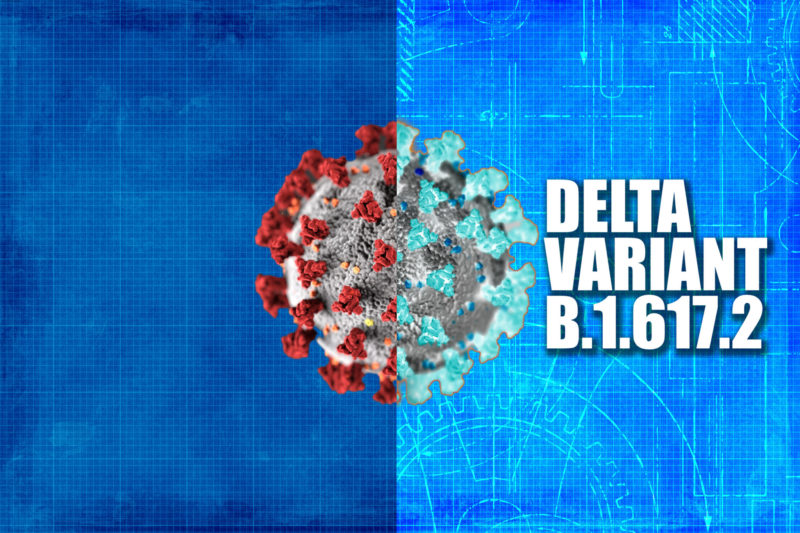 Highly contagious ‘Delta’ variant of Coronavirus has been found in 98% percent of patients in the country.

Dr Md Sharfuddin Ahmed, the VC of Bangabandhu Sheikh Mujib Medical University (BSMMU), informed this on Thursday while releasing the results of study on genome sequencing. The VC himself is discharging as the chief supervisor of Genome Sequencing Research Project.

Only one percent was caused by the Beta variant, first found in South Africa, said the study, carried out from June 29 to July 30 across the country.

The study was conducted on patients aged nine months to 90 years. The number of patients mainly aged 30-39 of which 53% were male.

The death rate is high among the patients with comorbidities, like respiratory problem, diabetes or cancer.

bdnews24.com adds: Like any other virus, the coronavirus is mutating. The Delta variant, first detected in India, is highly contagious and has spread across the globe.

“We found one patient with the Mauritius variant or Nigerian variant [which is still under research],” Dr Ahmed said.

They have studied representative samples from all divisions to analyse the information, according to researchers. The genome sequencing was done through the next-generation sequencing system after collecting the nasopharyngeal swabs from 300 patients who tested positive for the COVID-19.

“As people from any age group are found to be immune to COVID-19, we can’t say that children are not vulnerable.”

The study, which is still ongoing, will look into the efficacy of the vaccine, Ahmed said.

In December 2020, most of the COVID-19 cases in Bangladesh were caused by the Alpha variant which was first found in the UK. Later, information collected in March 2021 showed the high prevalence of Beta variant which was initially identified in South Africa, he said citing the study report.

The research aimed at finding the genome character, a way of mutation of the COVID-19 virus and finding an interrelation with the global COVID-19 virus.

The result from the first month of the study has been published and it will be updated in the following months.

More from this section
Health