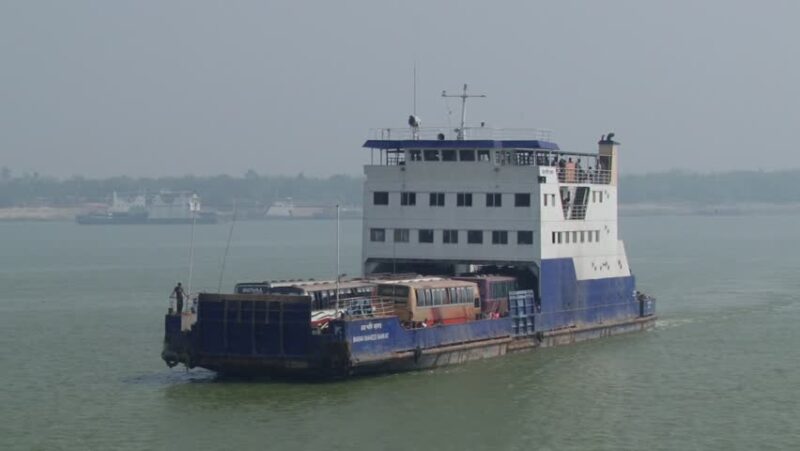 Now a ferry hit the 1-B span between pillars no 2 and 3 of the Padma Bridge in Munshiganj district on Tuesday morning.

The incident took place at about 7am while ‘Birshreshtha Jahangir’ ferry was heading towards Paturia from Narayanganj, BIWTC’s marine officer Ahammed Ali confirmed.

After the collision, mast of the ferry was broken.

On August 13 and August 9, Kakoli Ferry and the Birshreshtha Jahangir hit pillar no-10 of the Padma Bridge.

There have been five more cases of ferries hitting the pillars of the bridge this year. General diaries have been filed, inquiry panels have been formed and ferry drivers suspended over these accidents.

It may be mentioned here that authorities have suspended ferry services on the Shimulia-Banglabazar route since August 18 to avoid such accidents.