Army chief off to India on three-day visit 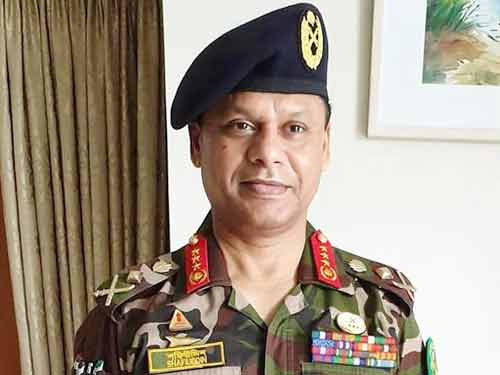 General Shafiuddin, who is leading an eight-member delegation, will pay courtesy calls on India’s national security adviser, chief of defence staff, chiefs of the three military forces and other senior military officials during his visit, according to an Inter-Service Public Relations Directorate (ISPR) press release.

During the meetings, he will discuss bilateral relations and mutual cooperation between the armed forces of the two neighbouring countries.

The army chief is also scheduled to visit various military establishments of India.

General Shafiuddin is slated to return home on Wednesday.