Next election as per constitution: Quader 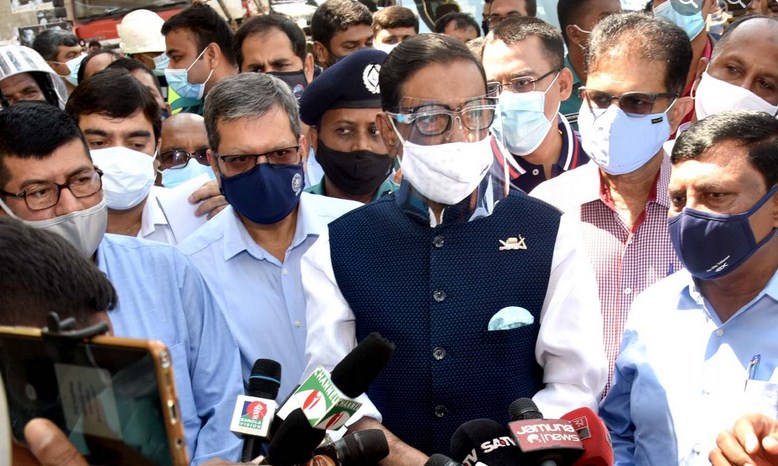 Awami League General Secretary Obaidul Quader on Monday said the next general election will be held in line with the constitutional provisions.

“The next national election will be held, as per the Constitution, in a neutral and peaceful atmosphere. The BNP has already started preparation to destroy the election and its environment” he told a press conference on temporary issues at his official residence in Dhaka.

Quader, also the road transport and bridges minister, said violating the country’s laws, the BNP’s nature is to make statements as its wishes, while the one dimensional philosophy of BNP is making its roots of political existence weakened day by day.

In the last 13 years, the BNP’s call to wage a movement did not bring any result and its current efforts also became failure, he added.

Responding an allegation of BNP secretary general Mirza Fakhrul Islam Alamgir, the AL general secretary said: “In fact, there is suspicion among people whether BNP leaders want treatment of their leader Begum Khaleda Zia…crocodiles tears do not match on their eyes as they could not bring a single procession demanding the release of their leader.”

Considering her age and on health ground, the government suspended the punishment of Begum Zia for four times, he said, adding that Prime Minister Sheikh Hasina has shown this generosity and it was not her weakness.

Speaking at the meeting, he said the pressure of passengers on public transport has increased after lockdowns and considering the commuters’ sufferings, circular bus service resumed in city’s Uttara on September 16 last.

Preparations are being taken to resume circular bus service in Dhanmondi area, he added.

Instructing the BRTC officials to strengthen monitoring to check corruption in the corporation, the road transport and bridges minister said the Sheikh Hasina government has taken zero tolerance policy towards graft and that is why the BRTC must bring its glory back at any cost.

He said the BRTC turned into a den of corruption during the reign of the BNP-Jamaat government, he said.