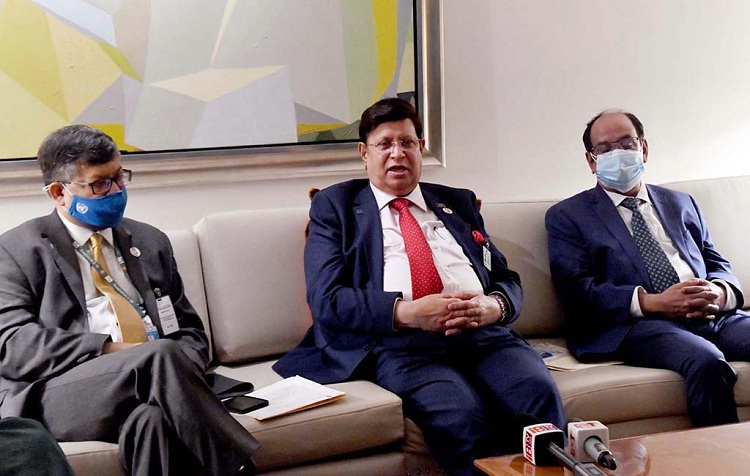 The flight services between the two cities have remained suspended since July 2006.

The Foreign Minister expressed his optimism while briefing reporters at Lotte New York Palace on Monday on the Prime Minister Sheikh Hasina’s participation at different events on the sidelines of the 76th session of the UN General Assembly.

“Our Prime Minister came to New York by an aircraft of Biman yesterday (Sunday)…. Now our Biman has come here. Our expectation is that the operations of Biman would begin on this route in the near future,” he said.

The Foreign Minister said that Bangladesh also signed an agreement with the Federation Aviation Authority (of the US).

“This is why, we can be optimistic.”

The Prime Minister arrived in New York on Sunday by a VVIP chartered aircraft of the national flag carrier Biman, raising the image of Bangladesh to a new height.

Dr Momen said the entire entourage of the Prime Minister was given honour at the airport and faced no immigration hassle. All the entourage members left by cars directly from the airport. “Our prestige has increased due to Sheikh Hasina,” he added.

He said the flight operations on the Dhaka-New York route were suspended many years ago. “Now the fleet of Biman has got expanded significantly with the addition of many new and latest aircraft, after Prime Minister Sheikh Hasina came to power.”

“The good news is that they allowed Biman (to land at John F Kennedy Airport, New York). So, I hope that the operations of Biman flights would start in the near future, though we don’t know the exact date,” he said.

“If flights resume on this route of Biman, Bangladeshis living in the US will be very glad,” said the Foreign Minister.