Kuwait wants to set up oil refinery in Bangladesh 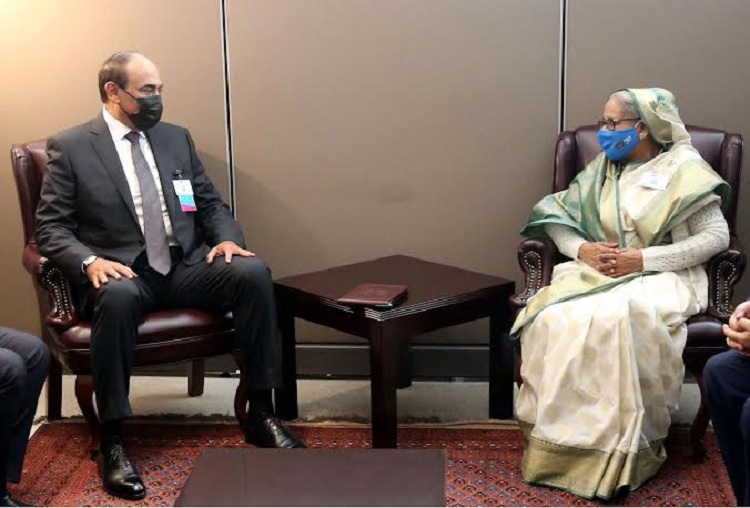 Besides, he has sought to share Bangladesh expertise in training Kuwait’s defence forces.

The meeting between the two premiers was held on the sidelines of the UN General Assembly session at the UN Headquarters in New York on Tuesday (New York local time).

The Kuwaiti Prime Minister also proposed to formulate a roadmap on bilateral cooperation.

“The Kuwaiti Prime Minister said they want to prepare a roadmap and an actionable programme (jointly with Bangladesh) in next five years,” Foreign Minister AK Abdul Momen told a news briefing following the meeting.

Momen described the meeting “very fruitful” and said in line with the two premiers’ talks he would meet his Kuwaiti counterpart to sort out the areas of cooperation, required for mutual benefits.

The foreign minister said Sheikh Hasina welcomed the Kuwaiti Prime Minister’s proposals and assured her counterpart of providing required land for the proposed refinery, adding, “We will provide you with the necessary (military) training and technical support”.

Bangladesh had extended its support towards Kuwait during the 1991 Gulf War sending military troops while as recognition of that gesture Kuwait named a military unit of theirs as ‘Bangladesh contingent.’

He said Bangladesh nearly wrapped up a discussion with Kuwait in receiving another $100 million under the Kuwait Fund for five mega projects.

“Since Bangabandhu’s period, Bangladesh’s relation with Kuwait is unique,” he said.

Sheikh Hasina earlier held another bilateral meeting with Swedish Prime Minister Stefan Lofven, who earned a global repute of being a famous workers’ leader in the contemporary world.

The Bangladesh premier told him that her government wanted to take more steps for workers’ benefits and sought his advice towards that end.

She simultaneously informed him that no Bangladeshi garment worker lost jobs during the COVID-19 pandemic due to stimulus packages.