Third terminal of Dhaka Airport to be visible by Dec: CAAB 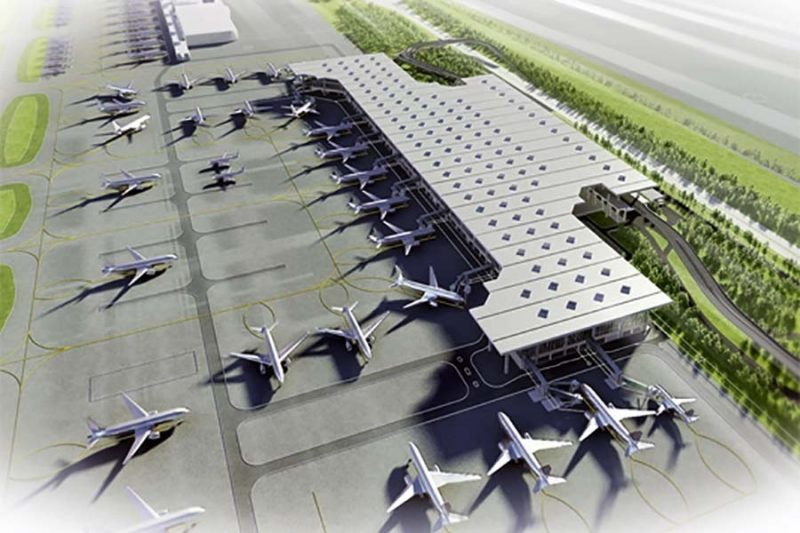 Braving the pandemic, the work on the construction of the third terminal of Hazrat Shahjalal International Airport is progressing in full swing with officials saying that parts of the much-awaited building will be visible by December this year.

The Civil Aviation Authority of Bangladesh informed that already 22 per cent construction work has been completed and it is expected to gain momentum now that Covid-19 infections are on the wane.

CAAB Chairman Air Vice Marshal Mafidur Rahman told UNB that the construction of the 3rd terminal would be completed on time.

“The progress of the work is very satisfactory,” he said.

“The construction work is moving on faster than anticipated. The project will be visible from the outside within December this year,” he said.

The state minister said that the construction work is moving faster than the draft plan which makes them hopeful that it can be inaugurated before the scheduled time, which is 2023.

He said that even during the onslaught of Covid, the construction work didn’t stop for a single day and around 4,000 national and international workers are working on the project maintaining all the Covid safety protocols.

Once completed, the world-class terminal can serve twice the number of passengers the Dhaka Airport is handling currently, the minister hoped.

Once the project is implemented, the main airport of the country will be able to provide service to over two crore passenger every year, said the CAAB

Besides, it will be connected with the adjacent Ashkona Hajj Camp by a tunnel, facilitating the pilgrims’ direct transfer from the camp to the airport.

He further informed that metro rail will be connected to this terminal.

“The terminal will be fully automated. A foreigner can realize the beauty of Bangladesh by setting foot in this beautiful airport,” he added.

The work on the construction of the terminal was inaugurated by Prime Minister Sheikh Hasina on December 29 in 2019.

According to project sources, the terminal is being constructed on 5, 42,000-square-metre of land and will have a floor space of 2,30,000 square metres, 115 check-in counters, 64 departure and 64 arrival immigration desks.

Besides, the parking space can accommodate 1,230 vehicles at a time and there will be a 5,42,000 square metre apron for 37 aircrafts, Also, there will be 26 baggage scanning machines, 11 body scanners, 12 boarding bridges and 16 luggage belts.

The terminal building will be 230,000 square meters. It will have the touches of advanced architecture and will host all modern facilities inside.

The Executive Committee of the National Economic Council (Ecnec) approved the project on October 24, 2017.