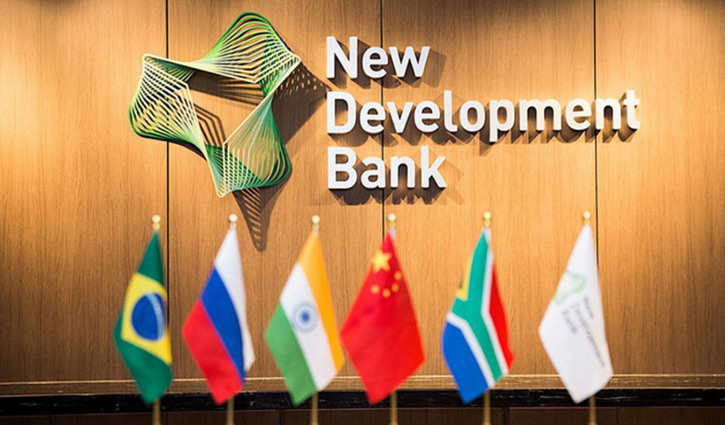 Bangladesh has joined the New Development Bank (NDB) as its new member as the country has recently submitted its Instrument of Accession before the government of Brazil.

Earlier on August 20, 2021 the NDB — established by BRICS’ (Brazil, Russia, India, China and South Africa) in 2015 — enrolled Bangladesh as a new member in its Board of Governors meeting.

In continuation of that, Bangladesh submitted its Instrument of Accession before the government of Brazil on September 16 which has ensured the joining of Bangladesh into the Bank.

President of NDB Marcos Trojo has sent a message to Finance Minister AHM Mustafa Kamal about the recent development and thus extended him a warm congratulations, said a Finance Ministry press release on Saturday.

With the latest inclusion of Bangladesh, any country outside of the BRICS alliance got the membership of NDB for the first time.

Mentioning the unprecedented development attained by Bangladesh over the last one era under the dynamic leadership of Prime Minister Sheikh Hasina, the Finance Minister said that the demand for foreign assistance has also increased during this timeframe alongside the country’s development.

Kamal hoped that the joining of Bangladesh into the NDB would be beneficial for both the parties adding that the financing of NDB to
Bangladesh would play an important role to make sustain the country’s development and also to turn Bangladesh as a happy and prosperous country by 2041.

Since its establishment six years ago, NDB has approved about 80 projects in all of its member countries, totaling a portfolio of US$ 30 billion. Projects in areas such as transport, water and sanitation, clean energy, digital infrastructure, social infrastructure and urban development are within the scope of the Bank.

NDB has an authorised capital of US$100 billion, which is open for subscription by members of the United Nations.