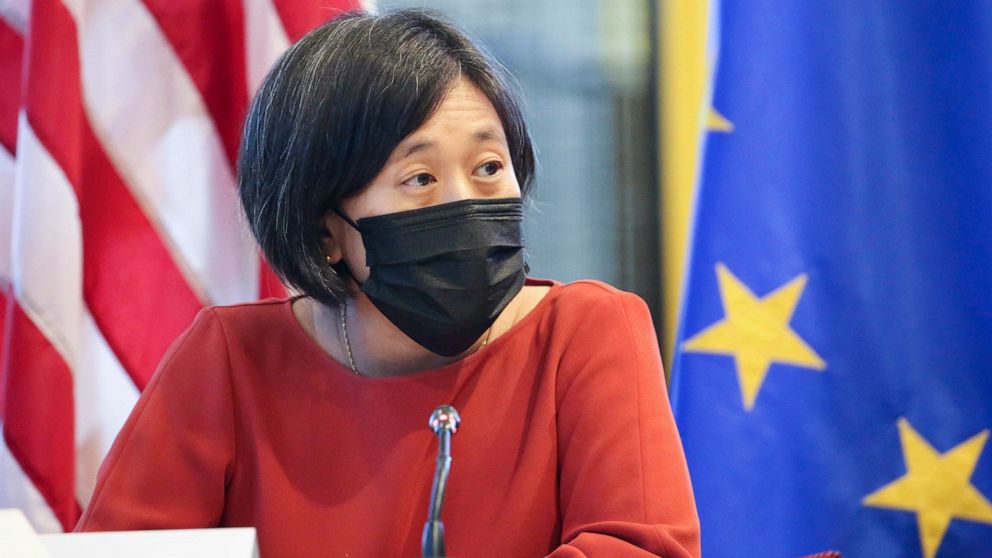 China and the U.S. held a virtual meeting regarding the two countries’ fraught trade relationship Saturday after a lengthy break in negotiations.

China’s top trade negotiator Liu He called U.S. Trade Representative Katherine Tai to discuss the “Phase 1” trade deal, negotiated under the Trump administration, along with the sides’ other major economic concerns, according to a statement from China’s Commerce Ministry.

Both sides “conducted pragmatic, candid and constructive exchanges” according to the statement.

Tai had said this week that she plans frank conversations with officials in Beijing about an interim trade deal aimed at resolving a tariff war.

Liu, a vice premier and member of the ruling Communist Party’s Politburo, also pushed for the cancelation of additional tariffs and sanctions levied by the U.S. on Chinese goods.

The “Phase 1” trade deal put on pause a trade war enacted by former president Donald Trump, who raised tariffs on Chinese imports over complaints about Beijing’s industrial policy and trade surplus. China retaliated by suspending purchases of U.S. soybeans and raising tariffs on other goods.

Under President Joe Biden, the administration has maintained the higher tariffs and other policies that have elicited complaints from Beijing, but has sought a more cordial tone in discussions between the sides.

Liu also explained the country’s position on its current economic development model and industrial policies. China’s economy has bounced back relatively quickly following the global COVID-19 outbreak, but has run into headwinds from large amounts of corporate and local government debt and restrictions on high-tech exports, particularly those enacted by the U.S.