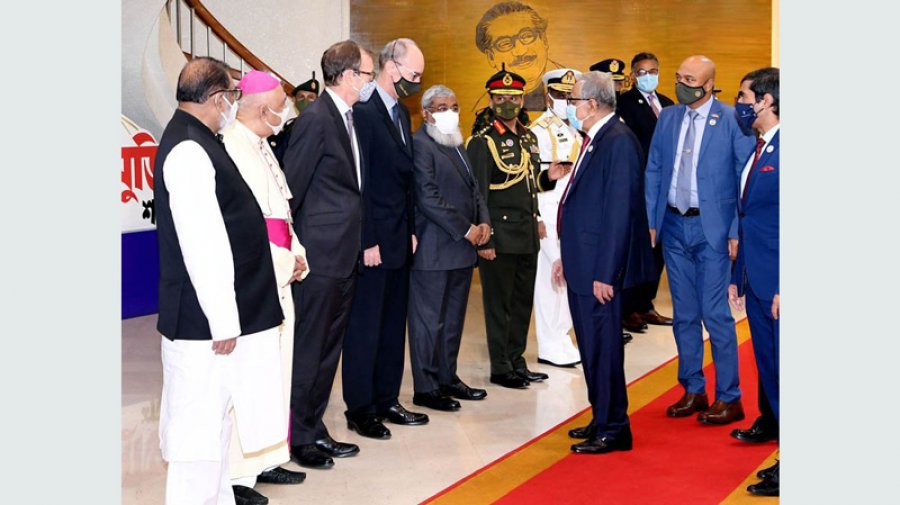 Bangladesh President Abdul Hamid left for Europe in the early hours of Saturday on a 14-day medical tour for a health check-up and the treatment of an eye problem.

Liberation war affairs minister AKM Mozammel Huq, Dean of Diplomatic Corps and Ambassador of the Vatican to Bangladesh Archbishop George Kocherry, the cabinet secretary, chiefs of the three services, the principal secretary to the prime minister’s office, inspector general of police, British high commissioner in Dhaka Robert Chatterton Dickson, Ambasador of Germany to Bangladesh Achim Troster saw off the President at the airport.

The deputy press secretary said that the President is expected to return home from London, his next destination, on an aircraft of Biman Bangladesh Airlines on October 22.

The 77-year-old President has long been suffering from glaucoma, a group of eye conditions that damage the optical nerve.