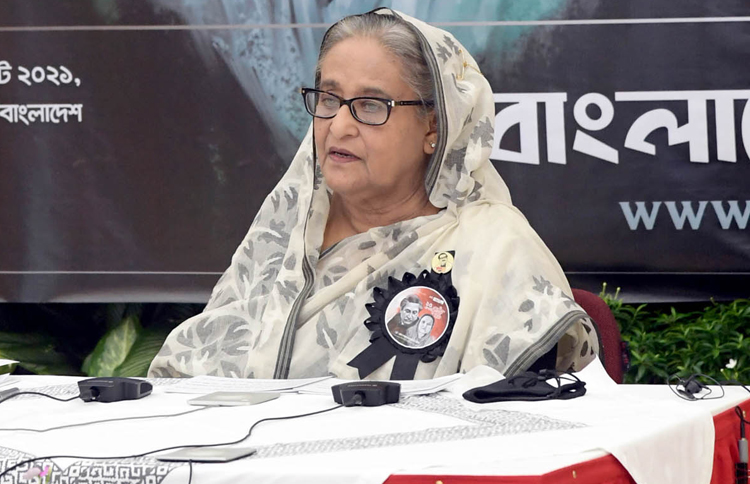 Prime Minister Sheikh Hasina on Tuesday directed the Home Minister to hunt down those who were involved in the recent communal attacks in the country and take stern action against them.

“She has again given a clear instruction to the Home Minister to take stern action against those who were behind the incidents as soon as possible completing investigations,” said Cabinet Secretary Khandker Anwarul Islam replying to a question at a briefing after the virtual Cabinet meeting, reports UNB.

He said the religious and political personalities were simultaneously requested to raise public awareness and not to react to anyone’s small twist of act.

The Prime Minister chaired the Cabinet meeting joining it from her official residence Ganabhaban.

Other cabinet members were connected from the Bangladesh Secretariat.

The Cabinet Secretary expected that there might be some quick progress in the investigation into the Cumilla incident.

He said Islam does not allow and authorize any Muslim to go for destructive acts in the case of the defamation of the religion and it is quite unacceptable to Islam.

“One can stage protests and demand the government bring the perpetrators to justice and give them punishment,” he said.

In the case of defamation of the Holy Quran, the Quran does not give anyone the authority to destroy anything of other religion, the Cabinet Secretary added.