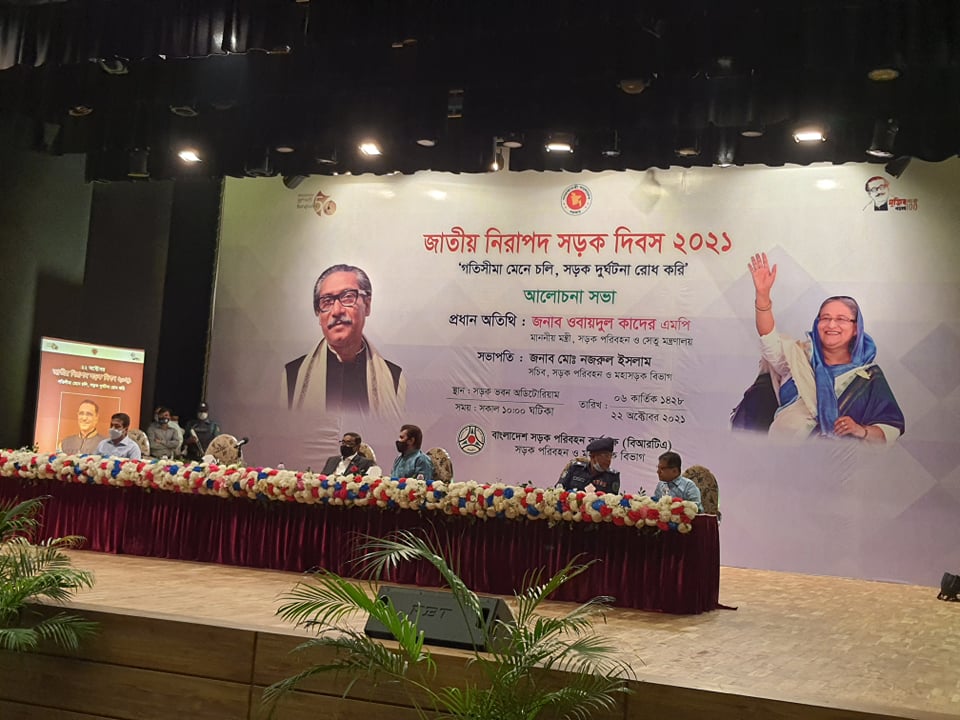 The National Road Safety Day has been observed in the country today.

The President, in his message, said the number of vehicles on streets is rapidly increasing with the increase of developed road infrastructure in Bangladesh.

Uncontrolled speed of these vehicles is one of the major reasons of road accident, he said adding that it is essential to abide by speed limit to stop loss of life and property.

In this regard, he said, the theme of this year is a perfect and time-befitting one.

Abdul Hamid said it is very important to minimize transport cost and valuable time through building an advanced communication system in the perspectives of globalization.

The government has continued its relentless efforts for the modernization of transport system through using domestic resources and foreign investments, he said.

The President said upgrading the national highways to four-lane, construction of expressways, mass rapid transit and bus rapid transit are among the ongoing important works in this sector.

He urged all concerned to work with sincerity for making the road safety programme as sustainable.

In her message, Prime Minister Sheikh Hasina said before the independence, there was no notable road network in the country.

She said the Greatest Bangalee of All Time, Father of the Nation Bangabandhu Sheikh Mujibur Rahman took different programme and plans to build a modern road transport system in the war-ravaged Bangladesh. Bangabandhu’s government formed Planning Commission and adopted the first five-year plan, she said.

Following the footprint of Father of the Nation, she said, the Awami League government has been taking up and implementing multi-dimensional plans to build and implement a modern and time-befitting road and highway infrastructure.

The Premier said her government has taken different programme for developing and modernizing road infrastructure to make the roads safer and decrease causality of road accident to half.

Sheikh Hasina said Dhaka-Mawa-Bhanga expressway has been built for the first time in the country during the government tenure.

Works of Metro-rail, bus rapid transit (BRT) line, elevated expressway, flyover, overpass-underpass, bridge-culvert construction and reconstruction are going on and normalizing of curve in different highways have been completed and some works are underway, she mentioned.

The President and the Prime Minister wished success of all programmes of the day.