Not foreigners but Bangladeshis to decide on elections: British High Commissioner 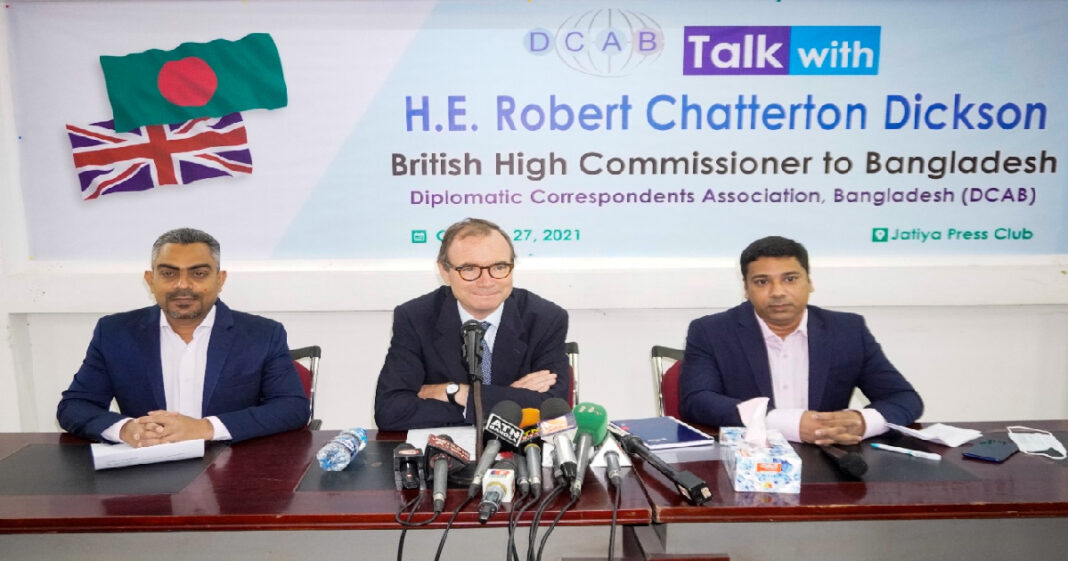 “It’s not for the foreigners to say how the election should be carried out,” he said, adding that it is a matter for the Bangladeshi people to decide.

The High Commissioner said there is plenty of expertise and talent in Bangladesh to make the election a Bangladesh-driven process reflecting the values of the country’s constitution.

The British envoy made the remarks while responding to a question at “DCAB Talk” held at Jatiya Press Club, UNB reports.

High Commissioner Dickson said it would be good to have an election that is transparent and openly contested.

The High Commissioner referred to the Bangladesh constitution and laid emphasis on fulfilling the constitutional ambition.