Bangladesh to play a significant role at COP26: FM 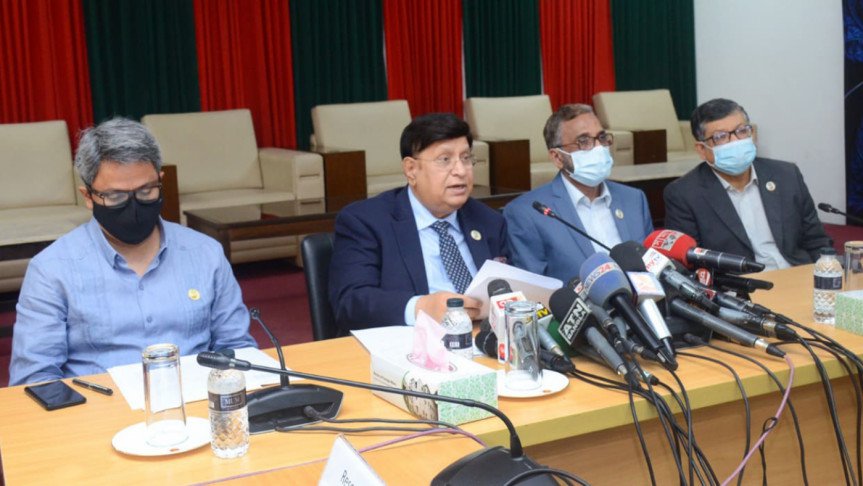 Foreign Minister Dr AK Abdul Momen on Saturday said Bangladesh will play a very significant role at the 26th UN Climate Change Conference of the Parties (COP26) that is set to begin in Glasgow on Sunday.

Prime Minister Sheikh Hasina will leave for the United Kingdom on Sunday to attend the COP26 and other bilateral meetings, reports UNB.

She will address the key segment of the COP26 on November 1 hosted by the UK.

Dr Momen briefed the media at the Ministry of Foreign Affairs on Saturday.

The Foreign Minister said the Prime Minister will hold a bilateral meeting with her British counterpart Boris Johnson during her visit there.

After Glasgow, she will visit London from November 3 to 8 before heading towards Paris, France.

Both the French President and Prime Minister invited Sheikh Hasina to visit France.

State Minister Shahriar said the Prime Minister’s visit to Paris will be very extensive, and she will be given guard of honour in three places.

Earlier, British High Commissioner to Bangladesh Robert Chatterton Dickson emphasised the need for urgent climate action, pinpointing that there are three areas where Bangladesh has a particular role to play at COP26.

Mentioning that the world has a lot to learn from Bangladesh, he said this is the last opportunity to avoid dangerous climate change and secure a brighter future for everyone on the planet.

The High Commissioner said there are three areas where Bangladesh had a particular role to play at the COP26.

First, he said, as a leader on climate adaptation and a country highly vulnerable to climate change, Bangladesh could make the moral case for increased investment in adaptation as well as offering its practical experience as one of the founding members of the Adaptation Action Coalition, which puts a particular emphasis on the locally-led adaptation on the ground.

The High Commissioner commended the radical transformation of Bangladesh’s forward energy plans, including the removal of significant elements of coal-fired power from the plans that the government has to generate the electricity that Bangladesh needs to power its economic growth.

The UK hoped Bangladesh would be ambitious in this space.

Third, the High Commissioner said, Bangladesh had a particular role to play at the COP26 through the Prime Minister as the Chair of the Climate Vulnerable Forum, which brings together 48 climate vulnerable countries.

Bangladesh’s international leadership will be important in ensuring sufficient pressure is applied to the big emitters by the climate-vulnerable to reach the ambitious global deal that will be needed, he said.