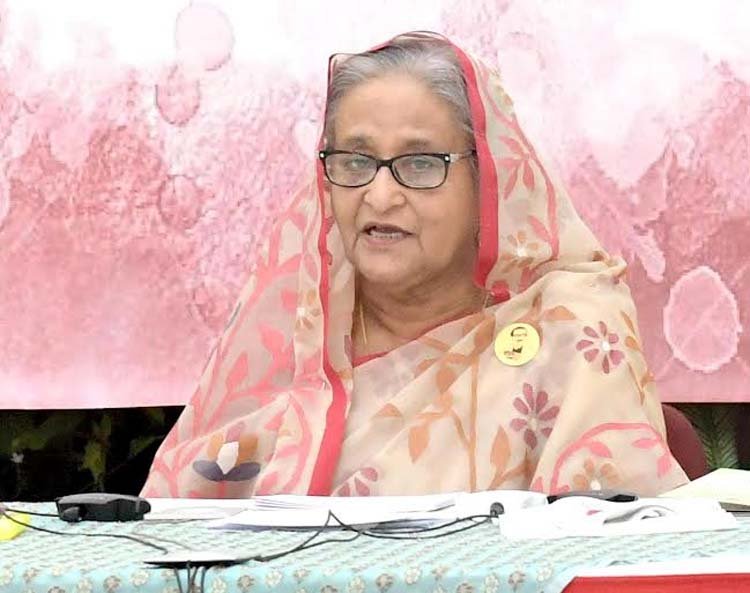 Prime Minister Sheikh Hasina urged the expatriate Bangladeshis across the world to make more investment in Bangladesh as her government has created ample opportunities for them to render benefit to all.

“We will also find out the barriers (further if any) and assure you to solve those to make the environment more convenient for investment,” she said, reports BSS.

The premier made this call while speaking at a civic reception accorded to her by the expatriate Bangladeshis living in Scotland. She joined the ceremony virtually from her place of residence last night (Monday).

Mentioning that the Awami League (AL) government is always very much pro-people, she said they always put focus on the welfare of the country and its people.

To this end, Sheikh Hasina also referred to the 2 percent incentive introduced by her government for the expatriate Bangladeshis for sending
money home from abroad using proper channels.

The government has also established a separate bank for the convenience of the expatriate Bangladeshis, she said.

Responding to some of the inconveniences faced by the expatriates to invest in Bangladesh, the prime minister said actually she didn’t know what kind of problems they are facing for investment.

“There will be a Road Show in London, where I will ask Bangladesh Development and Investment Authority (BIDA) to look into the matter,” she said.

The head of the government also said that she has already given necessary directives to BIDA to remove all bottlenecks for investment.

Briefly describing the massive development activities of the present AL government since assuming power in 2009, she said special arrangements for the expatriates are being offered by her government to invest in Bangladesh.

She, however, requested the expatriates to follow the laws of the country regarding investing in Bangladesh as there are also some rules and
regulations for investment across the globe. “I hope you will do that,” she said.

Sheikh Hasina said there are investment bonds and premium bonds in the country where the expatriates can invest.

She also said the government is setting up some 100 economic zones and the expatriates can invest there.

Talking about the demonstration by the BNP men in Scotland, Sheikh Hasina, also the President of Awami League questioned why they are doing it.

“My question is what is my fault . . . I developed Bangladesh, reduced the rate of poverty, made people of Bangladesh self-sufficient in food . . .,” she said.

She continued Bangladesh does not need to beg to the foreigners anymore, saying that “we are implementing over 90 percent of our development projects with our own financing.”

She noted BNP wants to put the country in a dire condition again as the party (BNP) did during their regimes. “If the thieves like them (BNP) comes into power Bangladesh will plunge again into an era of darkness,” she said.

She went on saying the BNP-Jamaat alliance never wants the development of the country, even they did not want the independence of Bangladesh.

The Prime Minister also said the government is in talks to resume Dhaka-New York and Dhaka-Toronto flights.