Rooting out communalism is a challenge: Quader 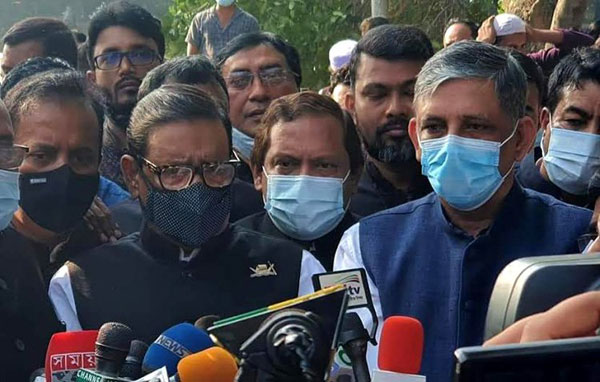 “Rooting out communalism is a challenge at present. All the democratic, patriotic and non-communal forces must work together to remove the communal evil forces,” he said while talking to reporters after placing wreaths on the graves of national leaders at Banani graveyard in Dhaka, reports BSS

Quader said after killing Bangabandhu, the seed of communalism was sowed in the country through killing of the four national leaders.

Around 9am, the AL general secretary along with senior party leaders went to Banani graveyard on the occasion of the Jail Killing Day.