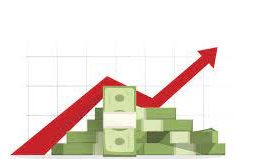 In calculating the average per-person income, the Bangladesh Bureau of Statistics took fiscal 2015-16 as the baseline, the first change in a decade.

Previously, on May 17, Planning Minister MA Mannan had announced that the preliminary per capita income was $2,227 based on fiscal 2005-06.

In fiscal 2019-2020, the per capita income was calculated at $2,024. That means the average income of Bangladeshis has increased by about Tk 28,000 in a year, according to the new baseline.

Similarly, gross domestic product — the total monetary or market value of all finished goods and services produced within the country — has expanded to $409 billion. The size of the economy for the previous fiscal year was $328.8 billion.

The per-capita income of a country, or the average income per person of that country, is calculated by adding the income from all domestic sectors – including agriculture, manufacturing and services – and the remittance payments sent back to Bangladesh by working expatriates and then dividing that total by the population.

“Every 10 years, according to our regulations, the BBS changes the base year used to calculate economic indicators,” said Ziauddin Ahmed of the BBS GDP Wing. “Accordingly, the base year was changed from 2005-06 to 2015-16.”

The economic indicators changed once this adjustment was made as new economic activities had emerged in the ten years between 2005-06 and 2015-16, he said.

Such adjustments occur every time the base year is changed and affects most economic indicators, including GDP and per capita income, Ahmed added.

However, Ahmed noted that the calculations had yet to be finalised and were still awaiting the approval of the relevant government department. Once the approval comes through, the information will be published accordingly.