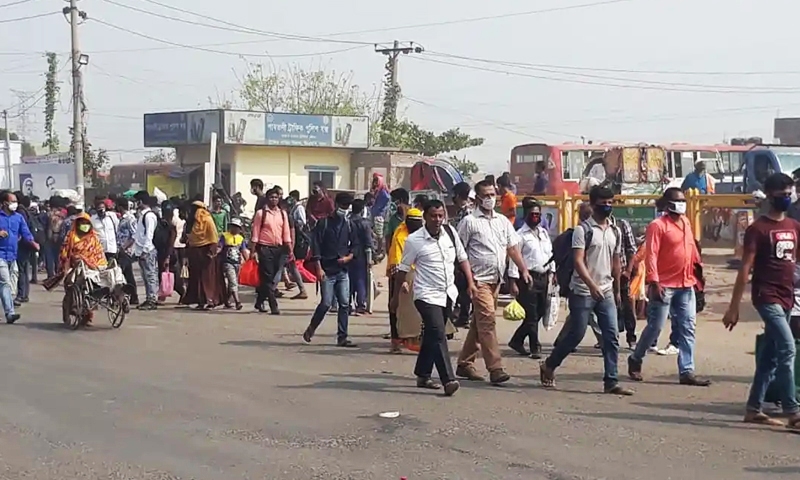 Public and goods transport owners went on an indefinite bus strike on Friday in protest of the sudden price hike of diesel, causing immense sufferings to commuters.

On Friday morning, a few buses of two to three companies and state-owned Bangladesh Road Transport Corporation (BRTC) were seen on the city roads.

City passengers and examinees of admission tests for the Dhaka University (DU)-affiliated seven colleges have been suffering due to lack of public transport.

On Wednesday night, Ministry of Power, Energy and Mineral Resources announced the 23 per cent rise.

Following the announcement, the leaders of different freight and public transport organisations decided to suspend operating vehicles until the fares were readjusted or the price hike was revised.

Regarding the strike, Bangladesh Truck-Covered Van Owners’ Association general secretary Hossain Md Majumder said, “it is not possible to run our transport at the increased price rate. There is no rationality to increase the price in a hurry”.

Dhaka Road Transport Owners’ Association general secretary Khandaker Enayet Ullah said the fuel price has been increased by Tk 15 per liter at a jump. This has never been happened before in the history.