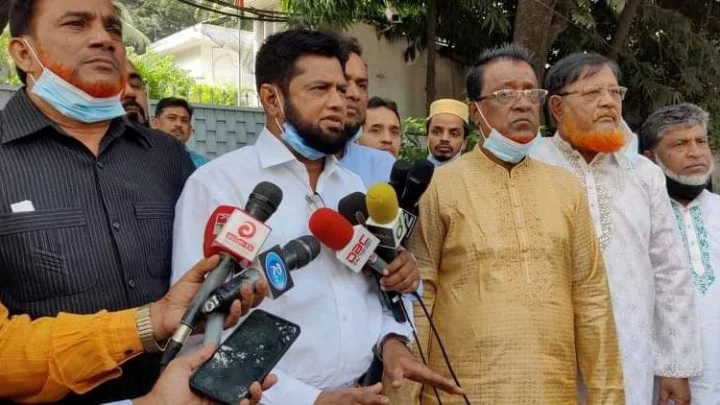 Truck-Covered Van Owners-Workers Association leaders have asserted that their strike will continue unless the government reduces the fuel oil prices or raise fares.

They stated it to journalists after attending a meeting with Home Minister Asaduzzaman Khan Kamal at the latter’s Dhanmondi residence on Saturday (November 6).

Truck Sramik-Malik Federation’s additional secretary general Abdul Motaleb said, “Strike will not be withdrawn unless our demands are met. We informed the Home Minister about it. He said he would talk to the prime minister about the demands and invite us again. We are now waiting for it. Our strike will continue.”

Abdul Motaleb said they told the minister that the decision to raise fuel oil prices must be withdrawn. At the same time, extortion by police from truck-covered vans must be brought to an end.

Earlier, a 15-member delegation led by Truck-Covered Van Owners-Workers Association president Mohibul Ahmed and general secretary Talukder Mohammad Monir sat in the meeting at about 12 noon at Home Minister’s residence in Dhanmondi in the capital.

Apart from withdrawal of increased fuel oil prices, the Truck-Covered Van Owners-Workers Association raised two more demands at the meeting. Those were stop of realising extortion from goods carrying trucks and covered vans by police, and end of realising extra tolls on different bridges. If the demands are not met, the strike would not be withdrawn, the leaders told the Home Minister.

On Wednesday, the government increased diesel and kerosene prices by Tk 15 per litre from Tk 65 to Tk 80 in order to keep them in line with rising fuel prices in the global market.