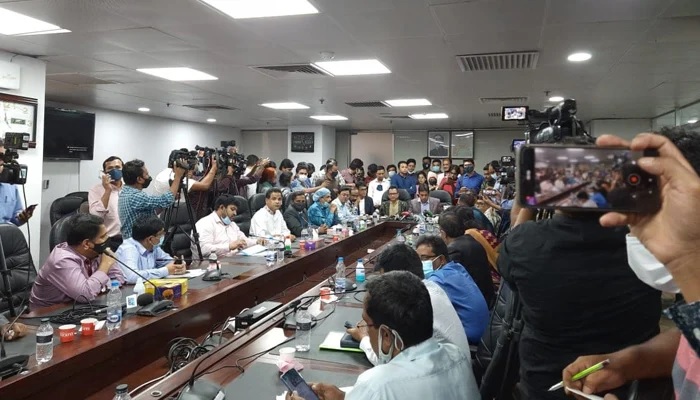 Decision has been taken to withdraw nationwide transport strike following an agreement between the government and transport owners in the capital on Sunday.

Accordiing to the decision, the inter-district and long distant bus and minibus fare has been fixed at Tk 1.80 per kilometer, while the fares for buses and minibuses plying in the Dhaka and Chattogram metropolitan city have been fixed at Tk 2.15 and Tk 2.05 respectively.

Minimum fare would be Tk 10 for buses and Tk 8 for minibuses.

Transport associations, mostly those of the owners, enforced an indefinite strike of public transport, trucks and lorries from Friday morning.