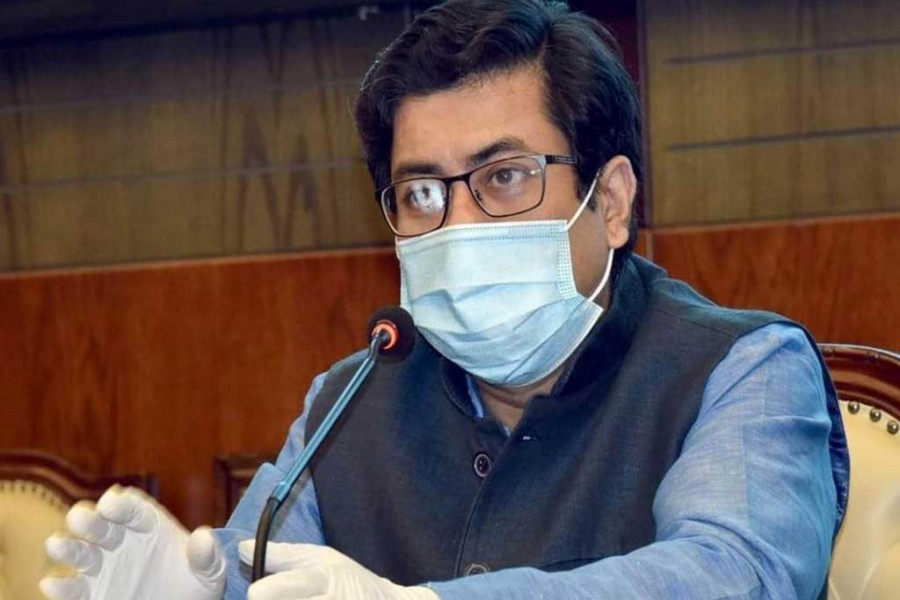 Dhaka South City Corporation (DSCC) has taken a set of measures including revival of naval routes, construction of new roads and modernization of existing traffic system in coordination with the government’s multilateral approach to ease the city’s acute traffic congestion.

“We have taken various measures in coordination with the government and Dhaka North City Corporation (DNCC) to reduce the nagging traffic jam of the capital,” DSCC Mayor Barrister Sheikh Fazle Noor Taposh told BSS in an interview at his Nagar Bhaban office in Dhaka.

The mayor said he along with the mayor of Dhaka North City Corporation (DNCC) and the concerned ministries have also taken an initiative to establish four inter-district bus terminals at Dhaka’s entry points as no long-route bus can enter the capital mainly to reduce the vehicles pressure on city.

“We have taken initiative to set up four bus terminals at Batulia of Birulia, Hemayetpur of Savar, Tegharia of Kamrangirchar and Kanchpur of Sonargaon under Bus Route Rationalization (BRR) programme,” he said. Once the terminals are built, no-inter-district buses will be allowed to enter the capital city which will help reduce traffic snarl significantly, he added.

Barrister Taposh said they have also initiated to construct a six-lane road from Kalunagar to Postogola Bridge and a process is underway to appoint a consultancy firm to this end.

The mayor said measures were taken to develop 53 intersections by widening their left lanes and modernizing the existing traffic system, adding, “We are implementing the Internet of Things (IOT) traffic system.”

He added the DSCC is working to create a road network surrounding its newly inducted 18 wards alongside reviving the naval routes around the capital to make them fit for plying vessels to reduce the pressure of vehicles on city.

Barrister Taposh said that they have a plan to construct a four-lane road beside the canals and rivers of the new 18 wards after conducting their necessary feasibility study.

The mayor said they will widen the footpaths to make those suitable to walk to inspire people walking to short distance destinations.

He said they have taken a project of Taka 5 crore to give facelift of the places under three flyovers after removing all the illegal occupants.

“Illegal occupation of the places under the flyovers has also contributed to the city’s traffic jam. We will eliminate the illegal occupants by any means,” he added.

“We have drawn up an initiative to get the non-mechanical vehicles registered and their licenses renewed after 34 years. So far, 1.56 lakh non-motorized vehicles have already been registered and given digital number plates,” he said.

No non-motorized vehicles having digital number plates will be allowed to ply the city routes, he said, adding that they will start working to implement the ban on plying of converted non-mechanical vehicles under the jurisdiction of the city corporation.

The mayor said that they are on duty to ensure adequate parking places for vehicles which are also a great impediment to lessen the city’s traffic snarl.

“Mechanical and non-mechanical vehicles have been kept on our main city roads in a scattered way. We have taken an initiative to fix specific places for separate parking of those vehicles and none will be allowed to park their vehicles at undesignated places,” he said.

The mayor said that they are reviewing the revised strategic plan taken by the DSCC to reshuffle the overall road management.

Taposh said that an initiative has been taken to make bus route rationalization (BRR) to bring discipline in the mass transport system.

“We are going to introduce the BRR system on Ghatarchar to Kanchpur route with 120 buses on experimental basis from December 1 next,” he said.

He added that after the successful test run of the BRR system, buses under 22 companies in nine clusters on 42 routes would ply.