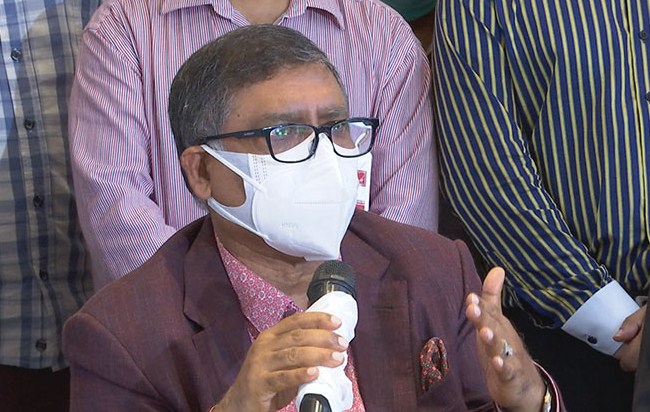 The government will enact a law regarding the private practice of doctors, Health and Family Welfare Minister Zahid Maleque told Parliament on Thursday.

“Yes, the government has taken an initiative to enact a private practice act for the physicians,” he said, replying to a tabled question from Awami League MP Nurunnabi Chowdhury (Bhola-3), reports UNB.

In the question, the lawmaker asked whether the government has any plan to formulate a law to fix fees as many of the private doctors charge “unethical fees as per their whims”.

In reply to another written question from BNP MP Gulam Mohammad Siraj (Bogura-6), the health minister said a separate unit in every district hospital will be opened for drug addicts in the country.

“The government has taken an initiative to set up a separate unit in every district sadar hospital to ensure healthcare services of drug addicted patients,” he said.

Answering a separate question from Awami League MP Kazim Uddin Ahmed (Mymensingh-11), the minister said the government has taken a tough stance to check the sale of fake and adulterated drugs in the country.

He said a total of 1715 cases were lodged and Tk 7.58 crore was collected as fine through mobile courts, conducting drives against fake and adulterated drugs in one year from July 2020 to June 2021.

Responding to a question from Jatiya Party MP Mujibul Haque (Kishoreganj-3), the minister said burn units will be set up in district-level hospitals.

“The government has a plan to set up the burn units at hospitals in district towns gradually to ensure the treatment services for the burnt patients on humanitarian ground,” said Zahid.

In reply to a question from Jatiya Party MP Mashiur Rahman Ranga (Rangpur-1), he said there is no paying-bed system for patients in the Upazila health complexes. But there are free-beds for patients there, he said.

He said the government has no plan right now to introduce any paying-bed system. “But the matter will be considered in the future,” he added.