Padma Bridge likely to open for public in June 2022 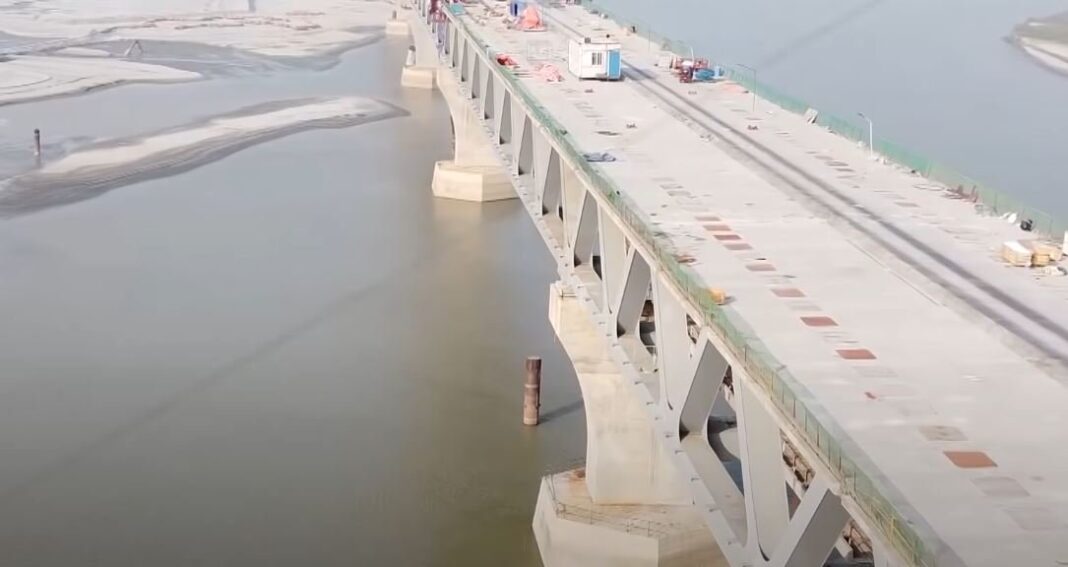 The government hopes that the Padma Bridge will be opened for public movement around June next year, Cabinet Secretary Khandker Anwarul Islam has said.

He said this while briefing journalists following a cabinet meeting held with Prime Minister Sheikh Hasina in the chair at the meeting room of the Cabinet Division in Bangladesh Secretariat on Monday.

The Prime Minister joined the meeting virtually from her official residence Ganabhaban, while others remained at Secretariat.

Cabinet secretary Anwarul Islam said work on the Padma Bridge has progressed by 87 per cent. The bridge will open for traffic on or around June 30 next year, he added.

In the meeting, the Cabinet approved the draft of President Md Abdul Hamid’s speech to be delivered in the 15th session of the 11th Jatiya Sangsad (JS) on November 24 on the occasion of the Golden Jubilee of Bangladesh’s independence.

Besides, about draft of the Zila Parishad (Amendment) Act 2021 the cabinet secretary said, “Zila Parishad representatives will have to leave their posts on the expiry of their tenure. The government would appoint administrator/s to run the local body until the formation of the next council (parishad).”

He said the proposed law has been placed, bringing similar changes as was done in the Local Government (Municipality) (Amended) Act 2021, which was also recently approved by the Cabinet as the representatives of some local bodies hang on to their posts even for 14-15 years on various excuses, particularly legal complexities.