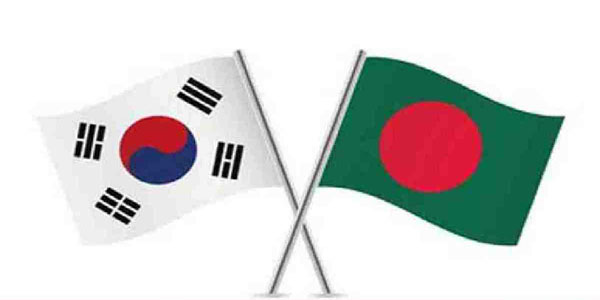 The government of South Korea has approved US$ 100 million in concessional loan from Economic Development Cooperation Fund (EDCF) to help the recovery of Bangladesh’s economy hit by the Covid-19 pandemic.

The new concessional loan of US$ 100 million will be used to implement several projects aimed at advancing public finance management system and improving small and medium-sized businesses struggling from the repercussion of the pandemic, reports UNB.

The amount would be released as soon as the loan agreement is signed between the Korea EXIM Bank and the Bangladesh Government which is expected to be done within the year.

EDCF is a Korea’s development financing program for assisting the socio-economic development of developing countries.

The Republic of Korea has already provided US$ 50 million of EDCF loan as budgetary support in December 2020 to to help Bangladesh’s efforts for fighting against the COVID-19 pandemic. It is the second provision of this type of concessional loan.

It will be the first EDCF loan to be implemented under the new EDCF Framework Agreement for the years 2021 through 2025 which was signed between the two Governments on 24 October 2021, said the South Korean Embassy in Dhaka on Monday.

According to the agreement, the Korean government will provide up to US$ 700 million of concessional loans to the government of Bangladesh for the five year period.

Bangladesh is the second largest recipient of the EDCF loans worldwide in aggregate amount.

So far, the Republic of Korea has funded 24 development projects of Bangladesh with total amount of USD$ 1.2 billion US dollars through the EDCF.