Govt would consider the fresh demand on Khaleda’s treatment: Anisul 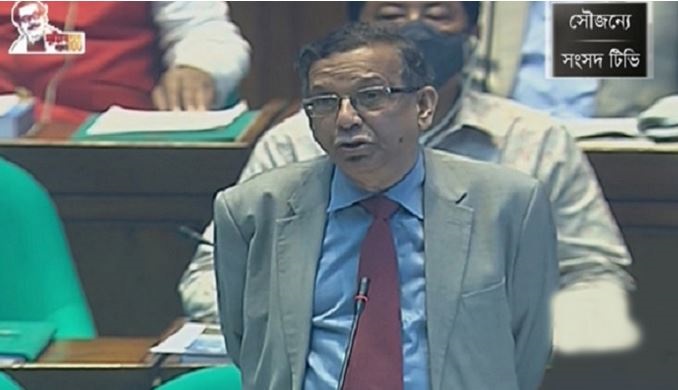 Law Minister Anisul Huq on Sunday said BNP chairperson Khaleda Zia was freed on humanitarian grounds and the government would consider whether the fresh demand over her could be accepted or not.

“She [Khaleda] is definitely free. She’s not obviously in our custody or in government custody. Staying here, she can definitely receive treatment anywhere as she wishes, and she’s doing so,” he told Parliament, UNB reports

The Law Minister said this in parliament replying to a remark made by BNP MP Rumeen Farhana who claimed in the House that “Khaleda Zia still remains in government custody.”

She said the Law Minister earlier argued that Khaleda Zia would have to go back to jail for going abroad as there is no scope to reconsider a decided case in the same provision (section 401) of the Criminal Code of Procedures.

Rumeen said, “But there’s nothing like this in section 401 of the Criminal Code of Procedures. The provision gives the government the unlimited authority to take any decision in this regard.”

BNP MP Mosharof Hosen said since the government argues that BNP chairperson Khaleda Zia needs to go back to the jail to get permission for going abroad, the government can announce her residence as sub-jail and allow her to go abroad.

Replying to the remarks, the Law Minister said he still stands by what he said in this regard. No decision can be given anymore over a decided case, he said earlier but did not refer to the section 401.

“I’ve the differences of opinions over what explanations you did over section 401 (of CrPC),” he said, pointing at the BNP MPs.