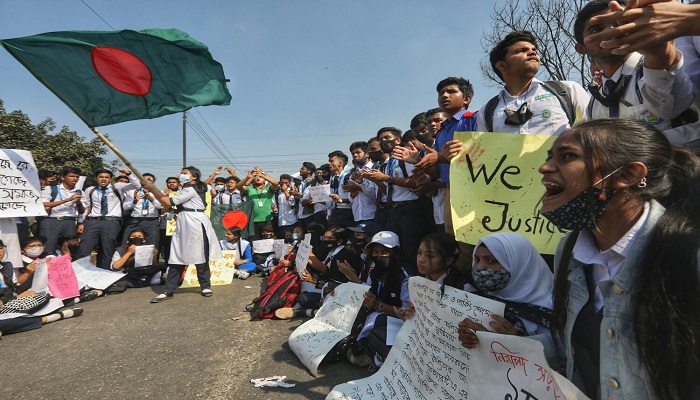 The students, who are protesting the death of a SSC examinee in the city’s Rampura area on Wednesday for the second day, have raised 11-point demand.

The demand came from a human chain.

Students of various educational institutions took to street on the Rampura bridge at about 11:00am. They staged a demonstration and formed a human chain there.

The 11-point demands include: to serve justice for Nayeem and Mainuddin who fell victim of structural killings on the road; to ensure half pass for students in all public transports across the country; and to take effective measure against bribery-corruption in the BRTA and traffic police.

SSC candidate Mainuddin Islam Durjoy, 16, of Ekramunnesa High School was ran over by a bus of ‘Anabil Paribahan’ near Rampura Bazar on Monday night.

Later, the angry mob torched nine buses on the road.